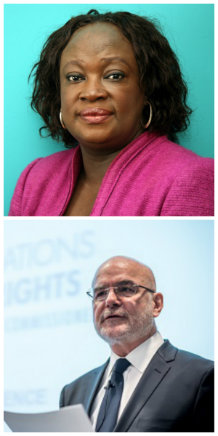 The Vice-Chancellor of the University of York will host this public event to celebrate the 10th anniversary of the Centre for Applied Human Rights (CAHR). Speakers include Michel Forst, UN Special Rapporteur on Human Rights Defenders, and Jestina Mukoko, a Zimbabwean human rights defender and former Fellow at CAHR.

Ms Jestina Mukoko is a Zimbabwean human rights activist and the director of the Zimbabwe Peace Project. She is a journalist by training and a former newsreader with the Zimbabwe Broadcasting Co-operation.  In March 2010 Jestina Mukoko was one of ten human rights defenders honoured in the U.S. State Department's International Women of Courage Awards for exceptional courage and leadership in advancing women's rights. Ms Mukoko is also a former Fellow of the Centre for Applied Human Rights' Protective Fellowship Scheme, and she will be talking about the memoir she wrote while at CAHR, entitled The Abduction and Trial of Jestina Mukoko: The Fight for Human Rights in Zimbabwe.