Human Rights and the Environment Under Attack in Brazil

A week-long programme of exciting events in York from 28th November to 5th December around the United Nations International Day of People with Disabilities on 3rd December. There’s something of interest for both adults and families – disabled and non-disabled – and almost all are FREE. So plenty of chances to learn, debate and have fun!

Zimbabwe: Wallowing in a crisis. What needs to be done?

The first in this year's series of CAHR HRD talks is with Assam-based human rights defender and former CAHR fellow Bondita Acharya.

The Challenges of Leadership in a Human Rights Context

CAHR is offering two free webinars, on 30 July or 14 August.

Generating respect for international humanitarian law (IHL) and human rights law in times of armed conflict is at the top of humanitarian practitioners’ agenda and at the heart of legal scholarship. Traditionally, humanitarians have directly engaged parties to armed conflict in an effort to achieve the incorporation of humanitarian norms in the parties’ internal rules, training and accountability mechanisms. As this has had a limited effect, complementary avenues of compliance-generation are increasingly being sought.

Detention and enforced disappearances in Syria.

The Syrian government has used enforced disappearances and torture as part of a systematic attack against the civilian population and the opposition since 2011. At least 98,000 persons have been forcibly disappeared in Syria since March 2011, according to the latest report by the Syrian Network for Human Rights (SNHR). As a previous detainee, Joumana Alshtiwi will discuss prison conditions in Syria, focusing particularly on the situation of women. Joumana will discuss her own experience of 10 months in detention, as well as more recent cases, supported by evidence from human rights organisations and individuals working on the ground.

An evening of music and visual arts exploring what activism means for female human rights defenders working across the globe. Art works and music have been created by visiting human rights defenders at the Centre for Applied Human Rights, together with Newcastle based Afro-Latin percussion & brass duet Ladies of Midnight Blue. There will be an opportunity for Q&A with the activists and artists.

The fight of Nigerien civil society for fiscal justice in the face of governments and the French mining giant ORANO.

In 2005, Nigerien civil society started mobilising citizens to fight against the exorbitant costs of living that were a result of a government decision to tax basic necessities. After having arrested and held civil society movement leaders for over a week, the government agreed to release them and also to engage in negotiations to abandon the unpopular tax measures. It was during these negotiations that civil society activists realised that Niger draws less than 5% of its revenues from uranium - exploited by the French mining giant Areva (now called ORANO) - but it accounted for 70% of its exports. This led to the creation of a network called ROTAB (Reseau des organisations pour la transparence et l'analyse budgetaire) campaigning for a revision of the mining code in 2006. The new mining code allocates 15% of the mining revenues back to the affected communities and led to an increase in mining royalty from 5% to 9% to 12% depending on production volumes. It was however only in 2014 that the government obliged AREVA to comply with the new mining code after several demonstrations (including during a visit from the then French president Hollande) and the arrest of one of the key civil society leaders, Ali Idrissa. By the end of 2017, a new financial law emerged. Civil society had begun to advocate against the law with Nigerien authorities to renounce the law’s anti-social measures and to abandon the tax incentives granted to multinationals. Despite these attempts the law was adopted and as a response civil society activists organised days of citizen's action which resulted in the imprisonment of several civil society leaders for 4, 6 and 20 months respectively. Nigerien civil society continues its fight for a just and equitable Niger to this day. In this talk Ali Idrissa, currently visiting fellow at the Centre for Applied Human Rights, University of York, addresses the multiple challenges civil society activists face when challenging multinational corporations engaged in extractive industries such as uranium mining, and talks of what the future will hold for Niger and its civil society. 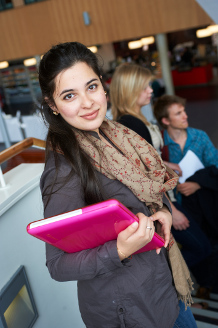