The role of interconnectivity inside the adult industry and its impact on British lap dancing clubs.

Despite the growing academic interest for the lives of sex workers, the close relationships between different parts of the sex industry, such as lap dancing, online content creation, pornography, fetish work and various forms of full-service sex work, are rarely acknowledged. Existing research outlines the implications of the British legal framework on the working conditions inside the adult industry and there is evidence of an increase in restrictive regulation of several different markets which gives an incentive to many sex workers to switch over to less regulated parts of the industry. Especially the global Covid-19 pandemic, in which sexual entertainment venues (SEVs) were temporarily closed, drove many erotic dancers, alongside other sex workers, to work in the online market instead.

With a mixed method approach, this project seeks to map the attitudes of lap dancers toward other sectors of the adult industry and investigate to which degree they are interconnected.

'An investigation of sex worker inclusion in the practice of agencies that have a focus on the sex industry' at the International Workshop “Police and Sex Work” in Berlin, 13-14 August 2019.

During my undergraduate degree in economics, I developed an interest for the ways in which traditionally female sectors are valued and viewed in public discourse. My dissertation looked at the treatment of workers in female-dominated sectors by German trade unions. I joined several student-led projects that debated economic theory where worked to involve feminist economics into the curriculum more and delivered workshops on the role of unpaid and emotional labour in western economies. I was also part of the core team of Exploring Economics, a pluralist peer-led website that aims to transform economic teaching. Around the same time, I started to get involved in sex worker advocacy and community education in Berlin, where I worked with diverse groups of sex workers, social workers, and researchers.

After moving to the UK, I enrolled in an MRes in Social Policy at the University of York where I conducted research on the inclusion of service users in the practice of support services for sex workers. Since November 2018, I also work for National Ugly Mugs (NUM), a registered charity that aims to end violence against sex workers, where I conceptualise and deliver training programmes for third parties, such as police or frontline services, and work on community outreach projects.

For my doctoral studies, I received a scholarship from the School for Business and Society. 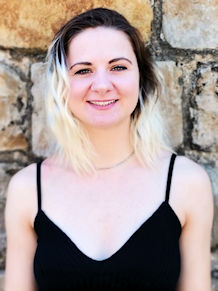