I have worked as a practitioner, educator and manager in statutory and not-for-profit organisations for over 25 years (post-qualifying with in MA Social Work at York). I have a Diploma in Management, a PGCE (post compulsory), a degree in Psychosocial interventions (PSI), as well as postgraduate qualifications as an Approved Mental Health Professional (AMHP, 2007) and Best Interest Assessor (BIA, 2009) and the Practice Educator award (PEPS, 2013).

Between 2003 and 2016, I split my week between a Community Mental Health Team and Workforce Development. In the latter role I ran training primarily in mental health, mainly adult but some child and adolescent mental health, also the Mental Capacity Act, and in leadership and change. I also worked in the professional development team, looking after the AMHP CPD, as well as working with children and families social workers, both as trainees and newly qualified, as well as their practice educators and supervisors.

Both in practice and as an educator, I have tried to work as co-productively as possible. I have been informed by the recovery model, social model (as opposed to the often dominant medical model), a strengths based perspective, with positive risk taking, and from a strong values and rights base. In practice, I have a keen interest and specialism in working with people diagnosed with a personality disorder, and self-harm, including eating disorders, as well as psychosis (PSI). Between 2016 and 2019 I worked at the University of York as the year one lead on the Think Ahead programme, supporting students in training to be Mental Health Social Workers, with a strong emphasis on social interventions. I continue to practice as a BIA, completing Deprivation of Liberty Safeguards assessments under the Mental Capacity Act 2005 (as amended 2007).

My passion is good practice and ongoing learning and development – which obviously complement each other well. 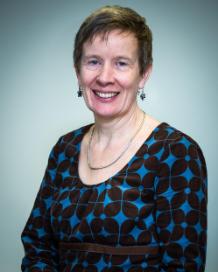