The records of Rowntrees & Co. include a great deal of information about their women workers – but equally their advertising – much of it aimed at women or at men through women – demonstrates how women were – and could acceptably be - portrayed in society. Different products were sold in different ways at different times: cocoa in the 1930s was, for example, a health drink for children and Kit Kat was at one point advertised as helping women maintain a slim figure! This page looks briefly at three different products, sold in different ways and aimed at different sections of the public.

In the 1950s Black Magic was sold as aspirational aimed at both men and women. Adverts allowed us to read parts of women's letters, always depicting Black Magic as the way in which a man had endeared himself to this woman. So one man is described as ‘the sweetest father in the world' because he provided Black Magic chocolates for his daughter at the theatre. All the women depicted in these are clearly wealthy – they dress well for the evening, they attend the ballet and the opera and their boyfriends tell them about the forced landings of their private planes. Equally women are not described flatteringly– one woman's letter states 'we silly creatures are always so thrilled when a man thinks us worth the best'. Clearly the adverts are aimed at both the women as recipients of the chocolates, and at the men who will buy them seeking to persuade both of the superior social class of those who buy and receive Black Magic. 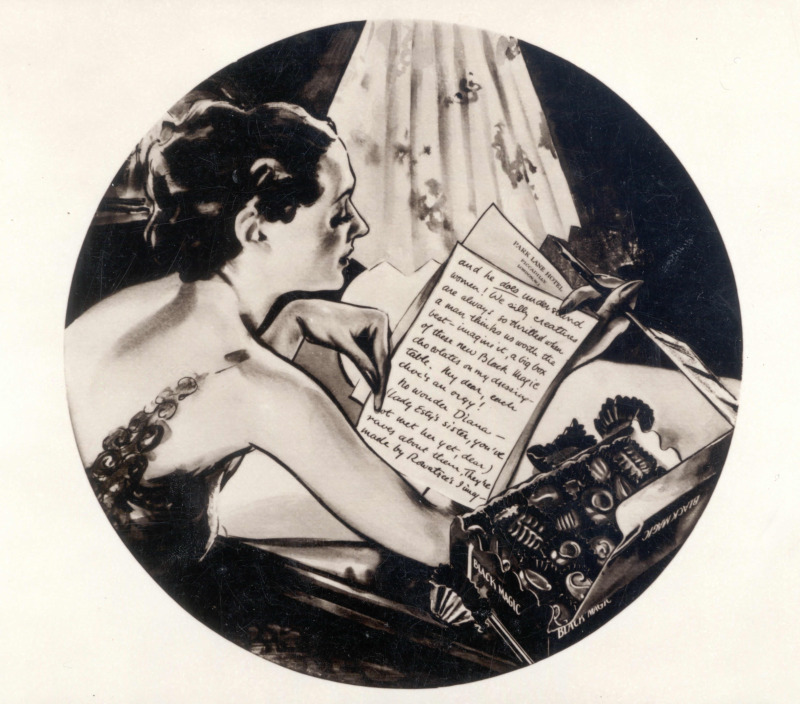 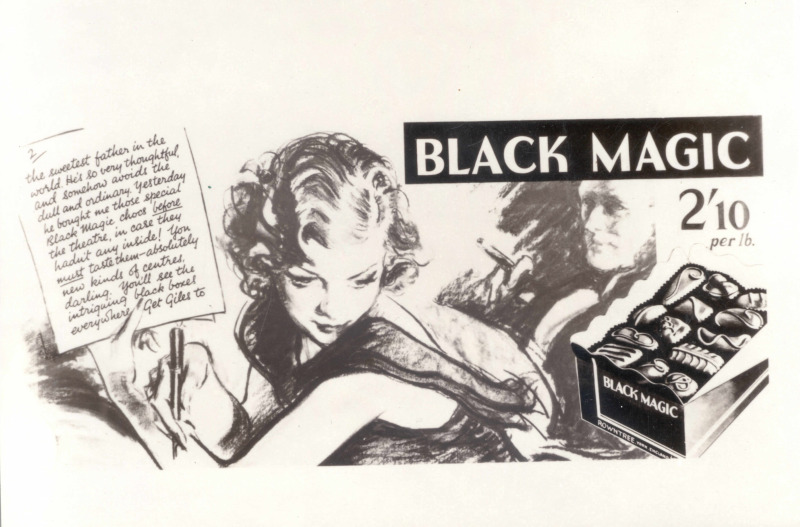 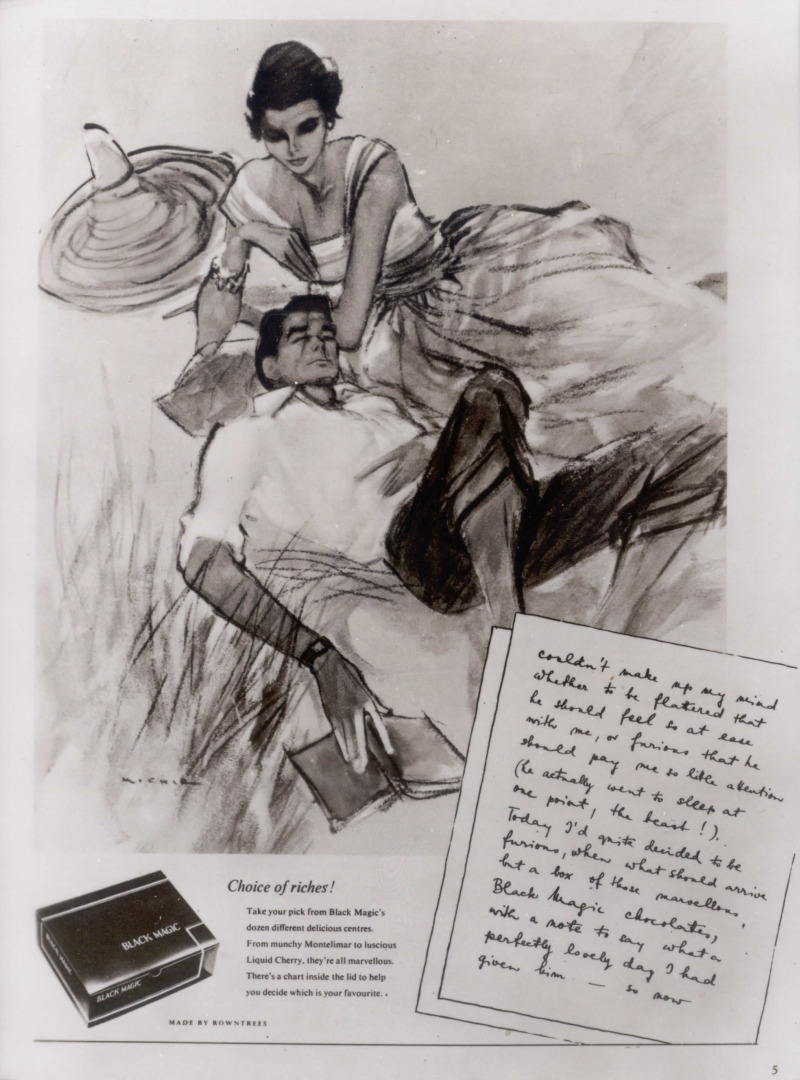 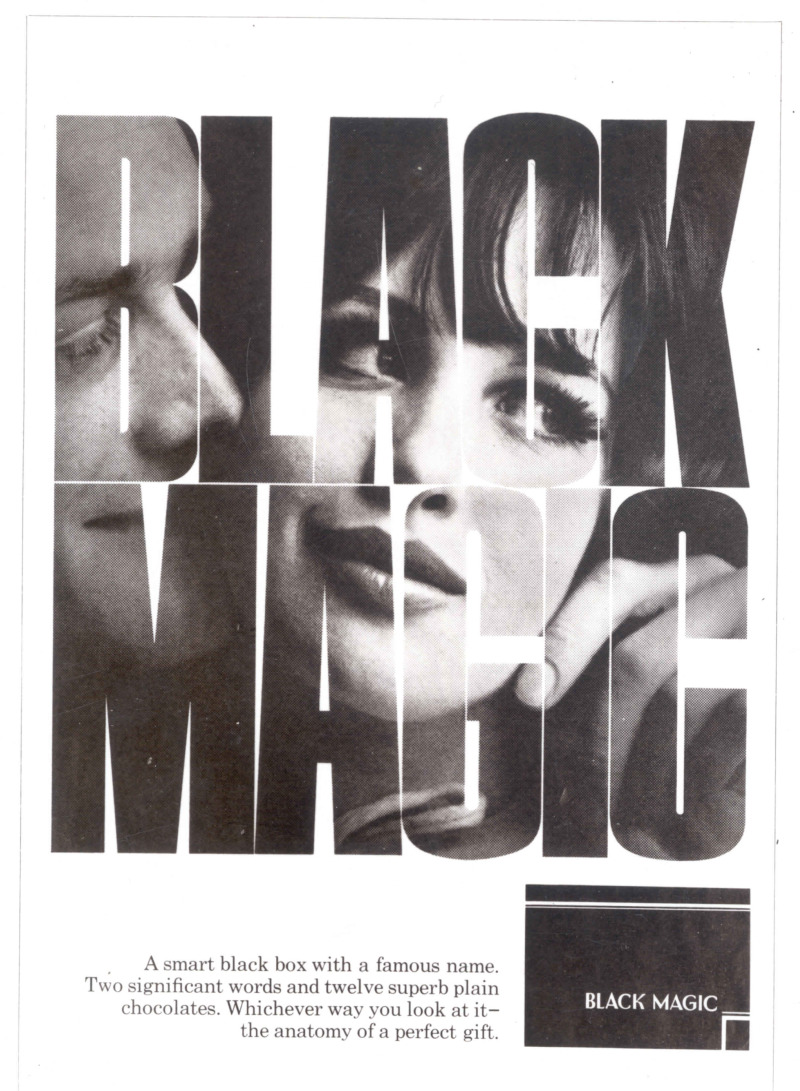 Still in the 1960s however, After Eight mints were now being sold as bought by those of a higher social class – the adverts depict dinner parties, expensive cars and well dressed women. These women fare no better than those in the 1950s black magic adverts however. They are shown as unable to manage accounts – 'will the butcher take After Eights in lieu of payment?' asks one woman whose books won't balance and also, with a reference to contemporary political issues, as unable to understand the common market and only concerned about how it may affect their chocolate buying. 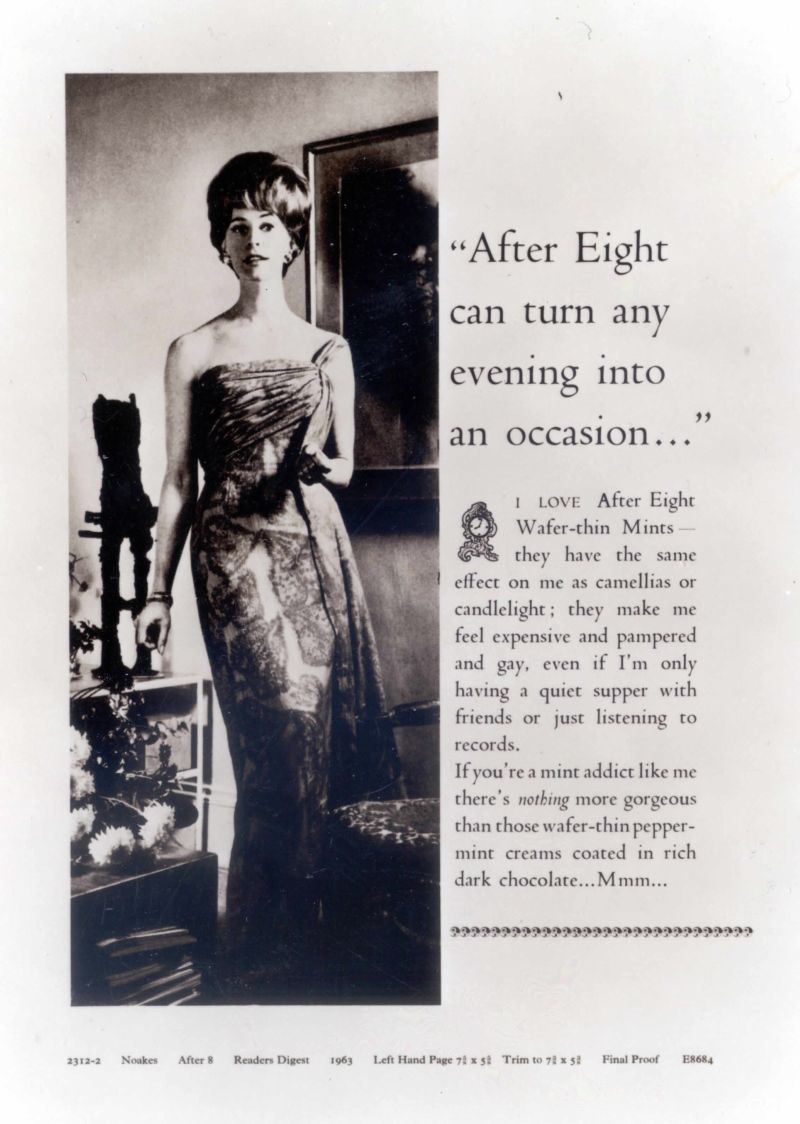 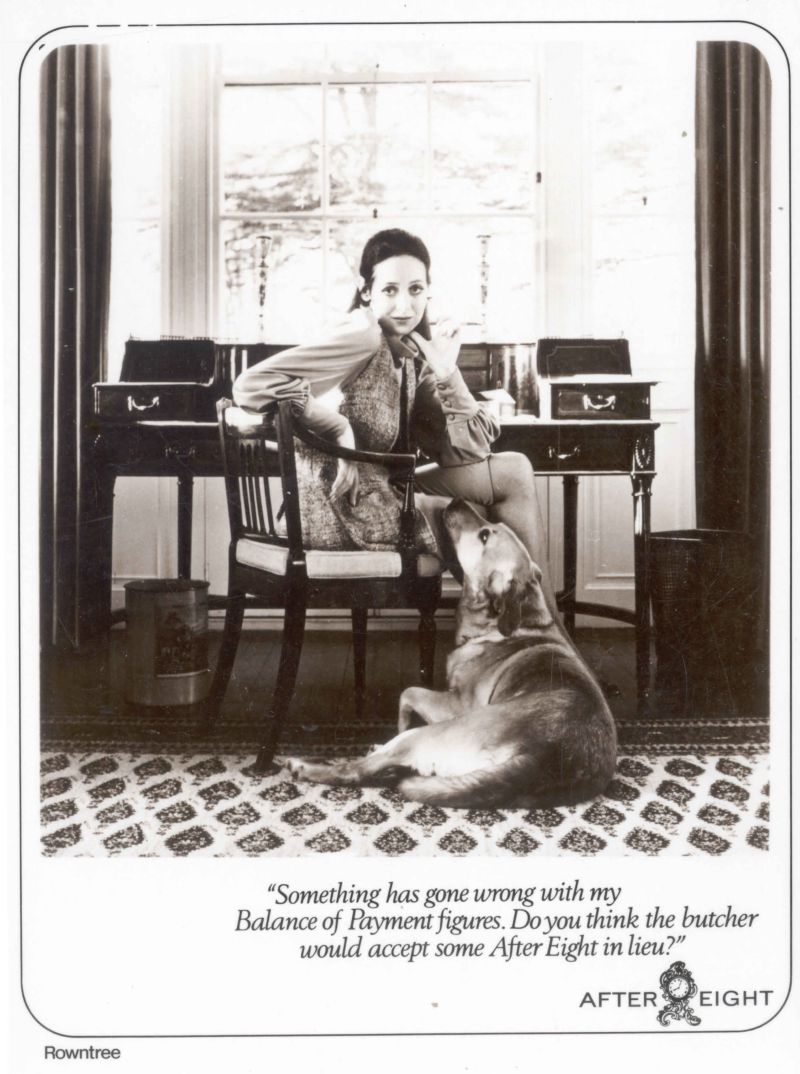 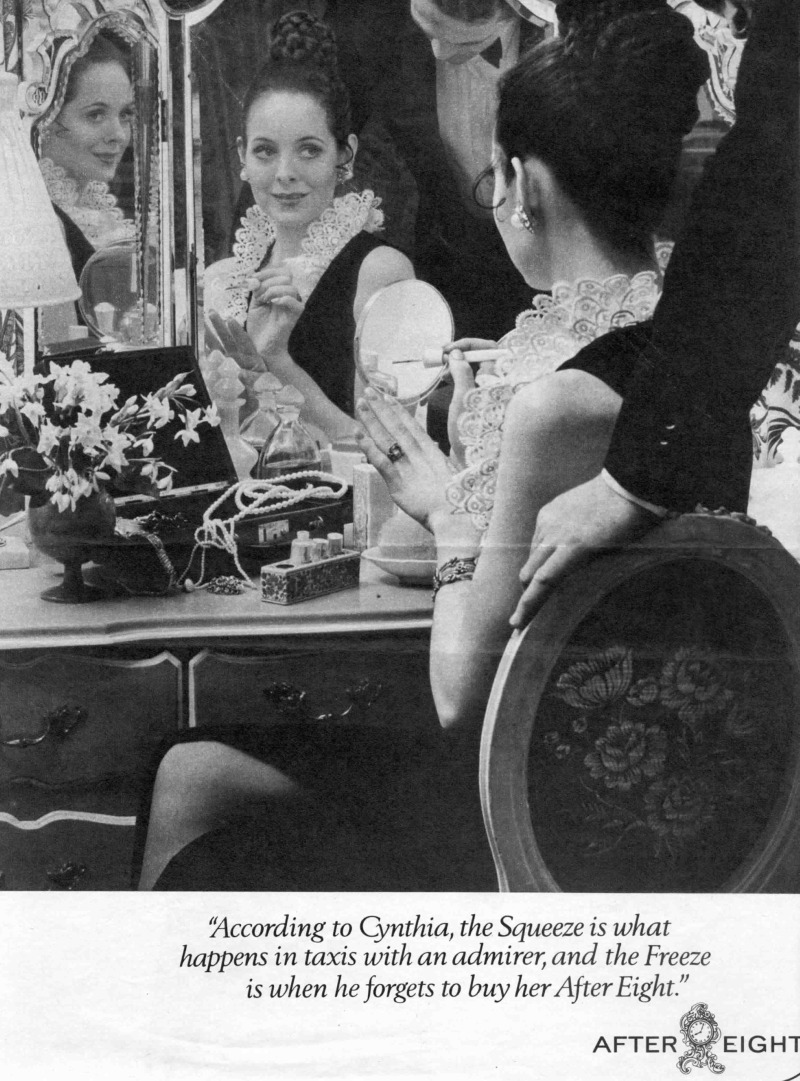 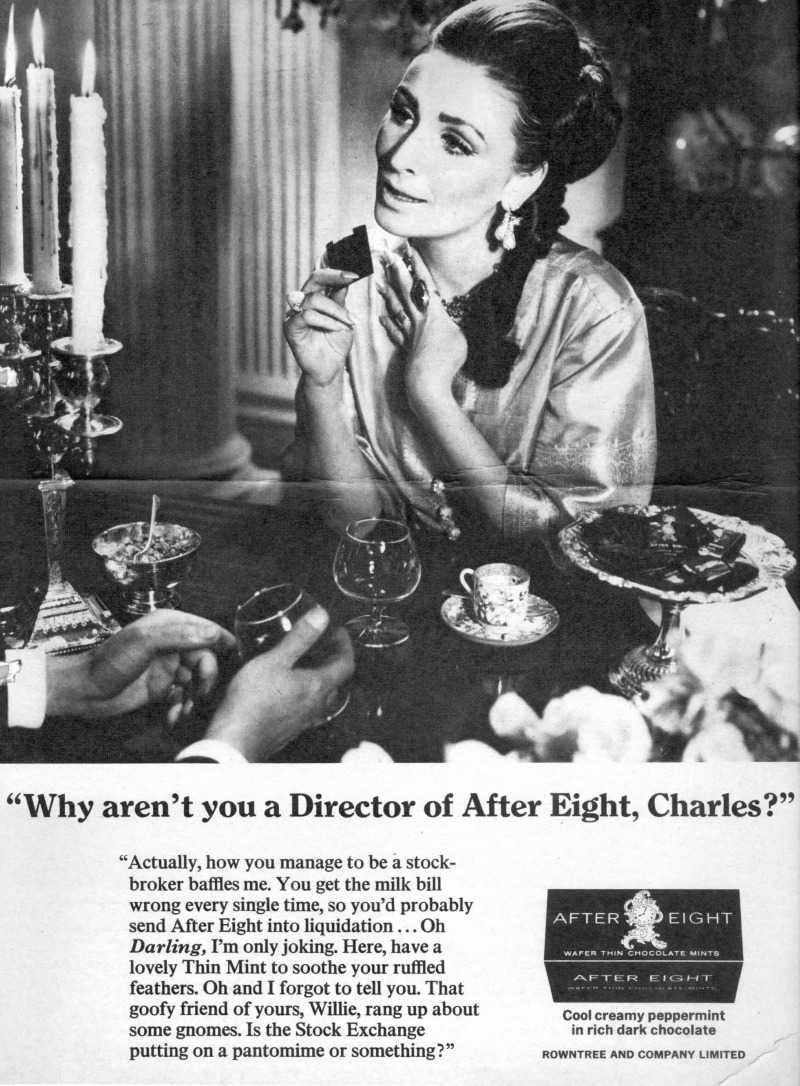 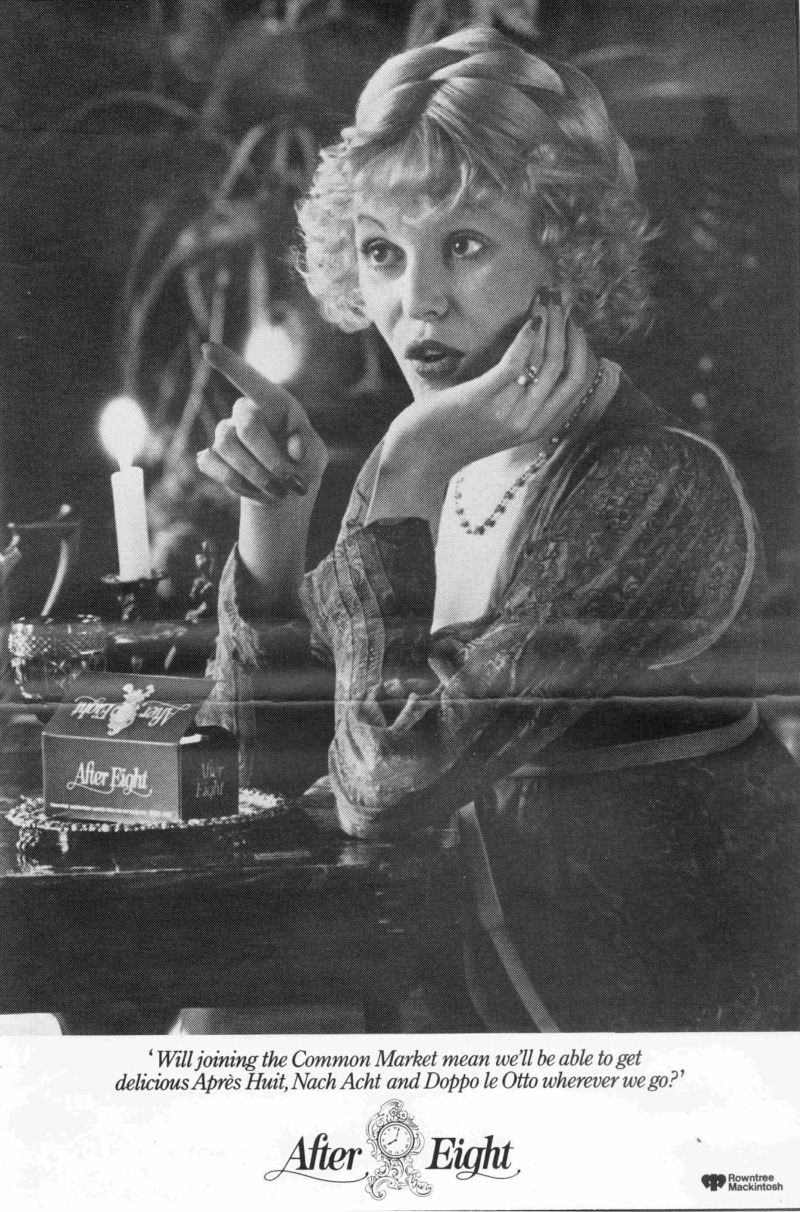 Cocoa by contrast was never sold as glamorous – sales were aimed at mothers particularly and at those with little money. So cocoa was sold through images of children, emphasizing its nutritional value, or perhaps reflecting adult life.

It could also be sold directly to mothers through other mothers. A series of adverts in the early 1930s in newspapers and magazines used the testimonies of real housewives as to the improving effect of cocoa on their children, particularly their health and school work, and the 1936 advert depicted here emphasizes the economic virtues of cocoa. 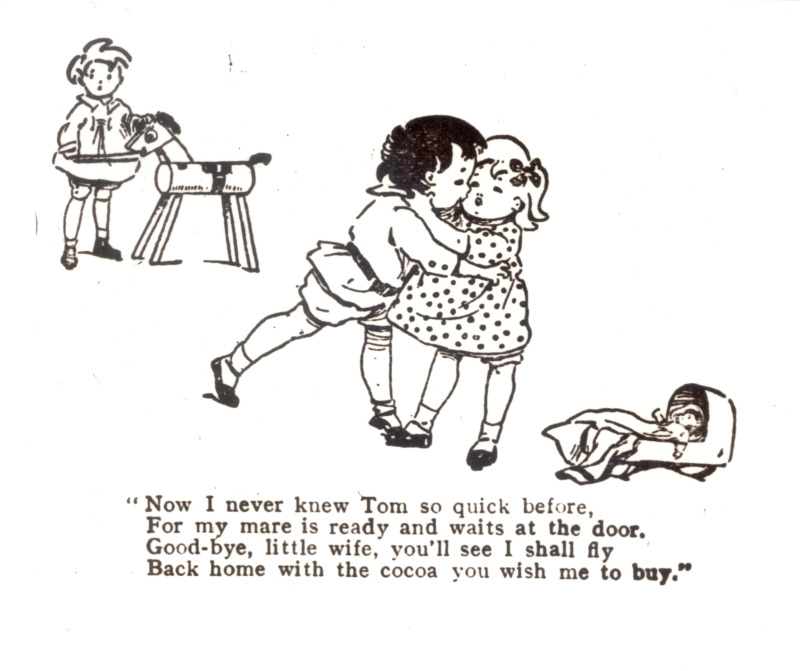 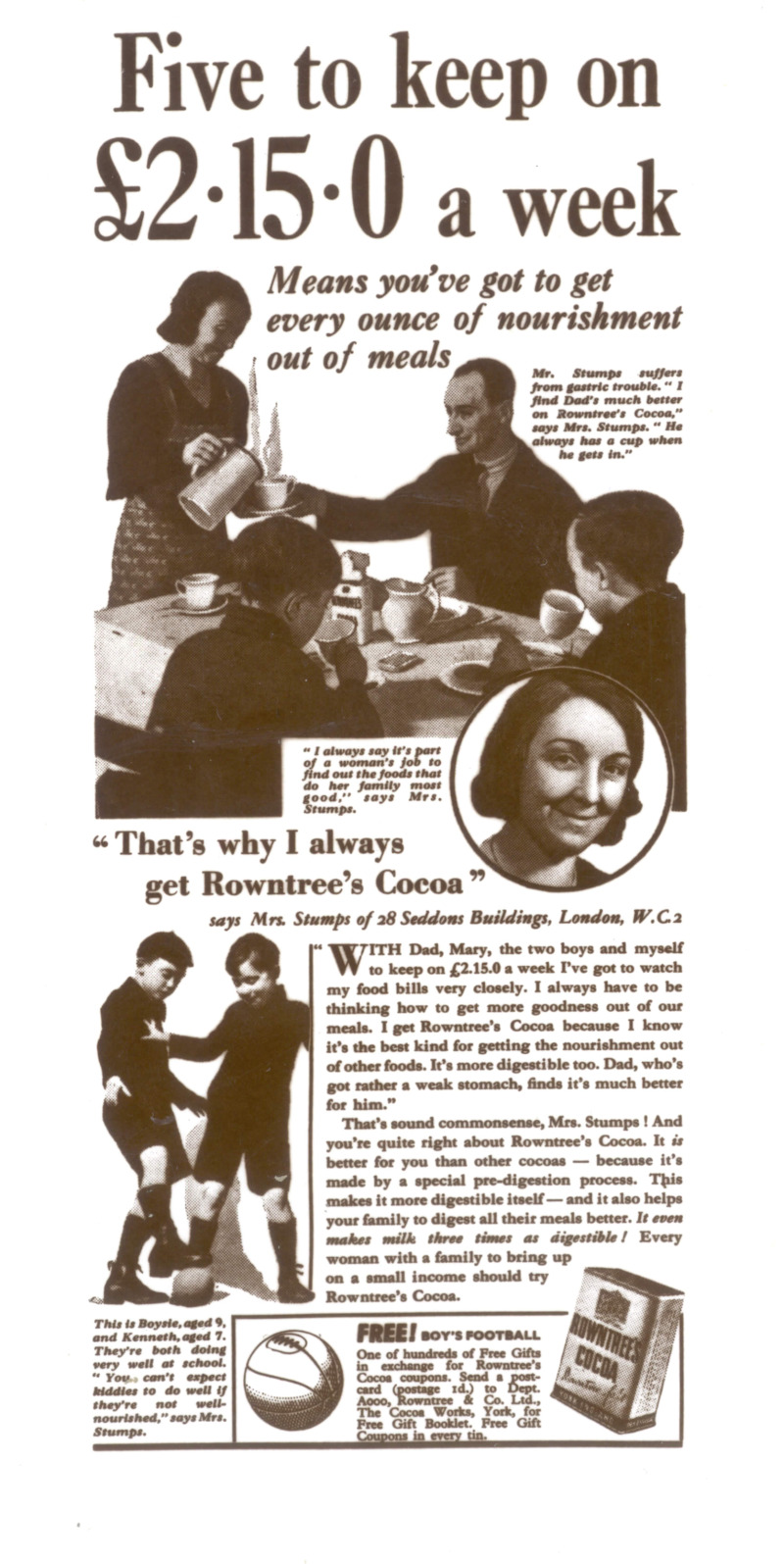 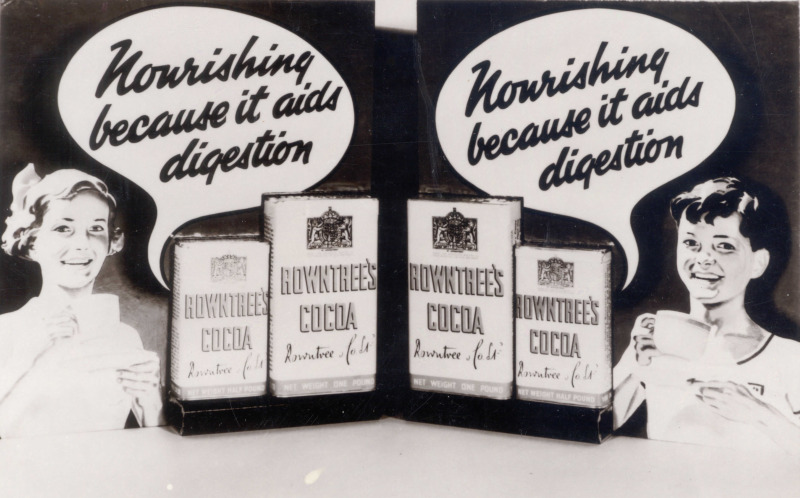 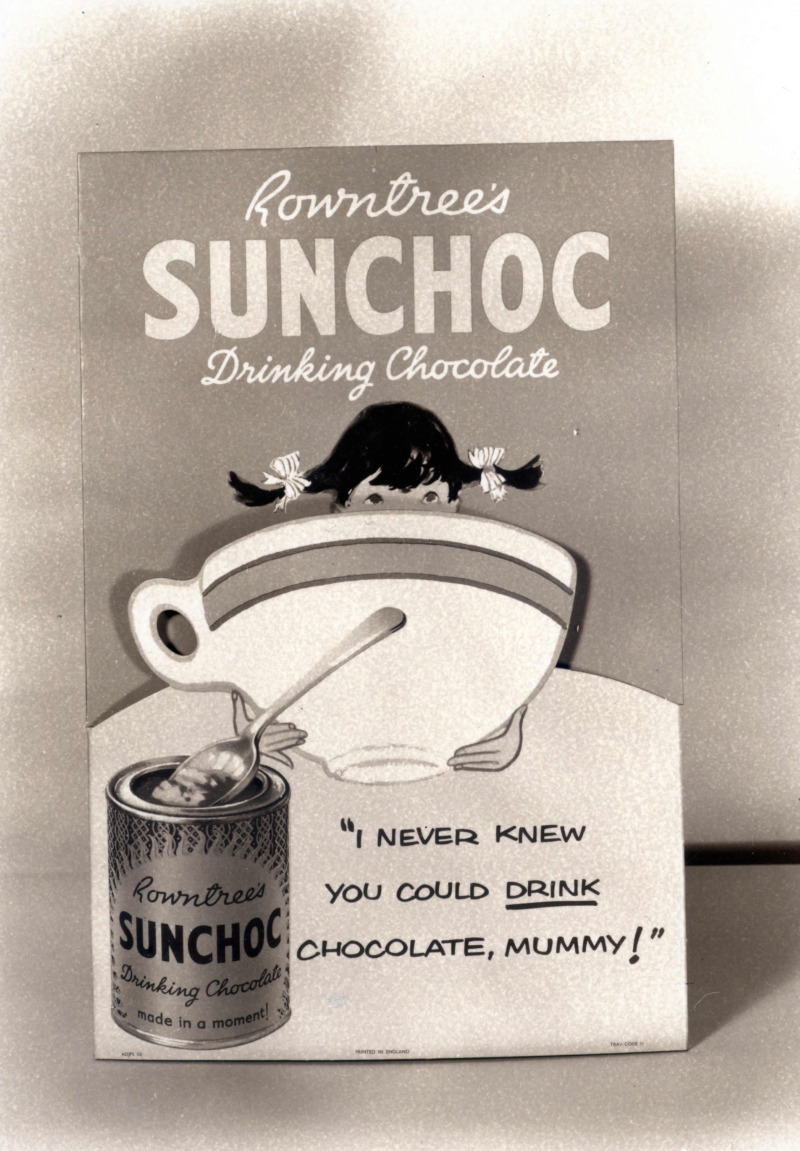