In March 2015 the Universities of York and Hull began work on a project to explore the potential of the digital preservation solution Archivematica to help manage research data that academics within their institutions produce. This project was carried out with funding from Jisc as part of their Research Data Spring program and included collaborative work with Artefactual Systems, The National Archives and the wider digital preservation community. The project ran in three phases and the final phase completed in September 2016. 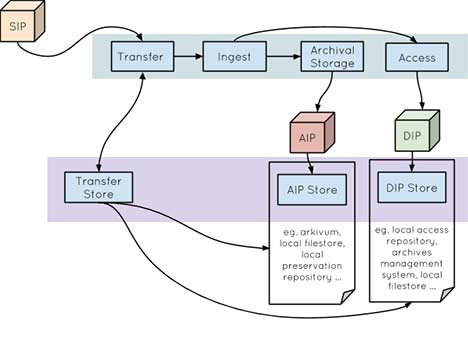 In phase one of the project we explored how Archivematica could be used for research data and what it has to offer. We looked at where it might fit within an RDM infrastructure and what systems it would integrate with. We assessed its main strengths and weaknesses and highlighted the benefits it could bring. Where weaknesses were highlighted, we explored how these might be overcome.

During phase one of the project an extensive two-part report was written by the project team describing Archivematica and how it could be used for research data. This is now available to download:

In phase two of the project we developed Archivematica to make it more suited for incorporating into a workflow for managing research data. At the same time both York and Hull created local implementation plans for Archivematica. This work is detailed in our phase two report:

The code developed at the University of York and data model are also available through GitHub: https://github.com/digital-york/researchdatayork

The project was a finalist for the 2016 Digital Preservation Awards in the Research and Innovation category (sponsored by the Software Sustainability Institute).