I am interested in understanding the natural world at the molecular level. As a scientist, I also believe we have a responsibility to pursue our interests in biology to benefit society and develop natural solutions to the problems facing people across the world and their environments.

My major research outputs and impacts have concerned plant biology, biochemistry and chemical biology. This initially involved the study of the membrane compartments involved in making the plant cell wall and other glcoproteins and glycolipids. Through the role of glyco-molecules in plant defence and stress responses, I became interested in local and systemic cell signaling during a plants response to injury. This led on to our discovery of a large multigene family of enzymes playing a key role in metabolic management and cellular homeostasis. We cloned , characterized and made a recombinant platform for chemical biology of these small molecule glycosyl transferases, thereby increasing our fundamental knowledge of the enzymes and their properties and using them to make new flavours, fragrances and pharmaceutical products.

My interest in the bioactivity of natural products encouraged me to work on the plant, Artemisia annua. I led, together with Professor Ian Graham, a six year, large, multidisciplinary project, funded by the Gates Foundation, to develop improved varieties of the plant for production of artemisinin, a key treatment of malaria. In parallel, I collaborated with Dr Jack Lim and Profeesor Paul Kaye, to explore the human health impact of structural decorations on plant natural product scaffolds found in the diet. We discovered an exquisite level of specificity in relation to stimulating cytokines of inflammation.

Since I have lived in the Uplands, I have also become interested in sheep, particularly locally adapted sheep such as the Herdwicks. My research in this area has focused on determining the spatial distribution of breeds and currently we are building on those data and using DNA-based techniques to explore their genetic distinctiveness and utility of traits for  future food security and environmental sustainability.

Discovery that genetic variation in Artemisia annua can lead to the identification of individuals for use as parents for the development of new improved and robust hybrids.

Discovery that native sheep breeds of the UK are highly geographically concentrated and their genetic resources provide novel insights into environmental adaptation and ability of the sheep to survive harsh conditions.

Bowles, DJ (2015) Recent advances in understanding the genetic resources of sheep breeds locally-adapted to the UK uplands: opportunities they offer for sustainable productivity. Frontiers in Genetics 6 : 24, 1-4

Development of non-food uses of plants 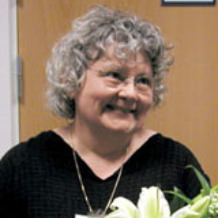