Charles Lacey is Professor of Medicine at Hull York Medical School (HYMS), and Honorary Consultant Physician in GU/HIV Medicine at York Hospitals Foundation Trust. He qualified from Guy’s Hospital Medical School, University of London, and undertook postgraduate training in Bristol, Bath, Cambridge, and Oman. He was appointed Consultant Physician in Genitourinary Medicine at the Leeds General Infirmary in 1982, and there developed his interest in sexually transmitted disease research, being awarded grants from the YCRC and MRC to study HPV and candidosis. He also led and advised on HPV and HSV vaccine development in collaboration with industry. In 1996 he was appointed Senior Lecturer in Genitourinary Medicine & Communicable Diseases at Imperial College London, and Honorary Consultant Physician, St Mary’s Hospital, London. He worked in Jonathan Weber’s group, both on HPV clinical and laboratory studies, and also developed a vaginal microbicide research programme, gaining funding from MRC, EC & NIH. In 2004 he moved to HYMS, initially as Reader, and then was appointed to the first Chair in clinical medicine in York in 2007.

Professor Charles Lacey’s interests are in vaccines and biomedical protection against infectious diseases. His group is funded by awards from the Medical Research Council, the Wellcome Trust, and the World Health Organization. He is Professor of Medicine at the Centre for Immunology and Infection, Hull York Medical School and Department of Biology, University of York, and Honorary Consultant Physician at York Teaching Hospital.

This was a European Commission Framework 7 research programme, studying Combination Highly Active Anti-Retroviral Microbicides. Within CHAARM, the Lacey group and other partners from developed a combination anti-HIV Darunavir + Dapivirine microbicide gel, and conducted a phase 1 trial (DAPIDAR) to assess the safety, pharmacokinetic, and pharmacodynamic parameters of the candidate microbicides. The final study analyses are now in progress.

The York sexual health service was one of the centres in the ground breaking PROUD trial, which established the effectiveness of Truvada as pre-exposure prophylaxis for MSM. The trial cohort remains under follow up.

Recent studies by the Lacey group have focussed on Chlamydia trachomatis vaccine development, and chlamydial immunopathogenesis. These showed the efficacy of CT pmpD + a TLR4 agonist as a vaccine candidate, and explored the relationship between local and systemic antibody responses and chlamydial load in C. trachomatis infected women.

This project is in collaboration with Prof Paul Kaye in the CII. We have developed a new chimpanzee adenovirus-vectored therapeutic CD8+ T cell-biased vaccine for visceral leishmaniasis. A phase 1 trial conducted in York has established the safety and immunogenicity of the vaccine. We are now working with partners at the Institute for Endemic Diseases, University of Khartoum, Sudan, to conduct a phase 2 trial in patients with post-kala azar dermal leishmaniasis (PKDL) at the trial site in Dooka, Gedaref, Sudan.

This is a Global Health Trials award co-funded by MRC, WT, and DfID. We are working with partners at the London School of Hygiene & Tropical Medicine, the National Institute for Medical Research, Tanzania, and the National Cancer Institute, USA, to conduct a dose-ranging study of HPV vaccines in young schoolgirls in Mwanza, Tanzania. The trial aims to establish whether one dose of an HPV vaccine can generate immunological responses in sub-Saharan Africa that are sufficient for protection.

This project is funded by the WHO and is in collaboration with Queen’s University, Belfast and industrial partners. York will deliver a phase 1 trial of this new medical device. This is a physiological investigation of in vivo temperature variation in the female genital tract. 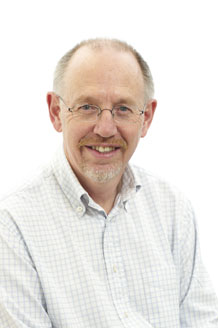