Dimitris is the Head of the Experimental Medicine and Biomedicine research group.

Non-coding RNA (ncRNA) transcripts are remarkably more prevalent in mammalian genomes when compared to other species. It has been proposed that this is functionally linked to the increased complexity of mammals. This increased complexity is undoubtedly also reflected in the mammalian immune system. Our work is built around the central proposition that studying the function of non-coding RNAs in the immune system can provide critical insight into both immunity and non-coding RNA biology. The overarching working hypothesis of our work is that modulation of immune responses is a key function of non-coding RNAs in mammals and that coordination of the machineries that control non-coding and coding RNA metabolism is required for optimal mammalian immunity. Currently, there are three main themes of research in the group:

1. ncRNA functions in the immune system: What do ncRNAs do?

The ultimate demonstration of physiological relevance for any gene is genetic testing of its function at the whole organism level. The central driver of our work is to test the function of miRNAs and lncRNAs in vivo. Recent findings and current work focus on the role of individual miRNAs or lncRNAs in T cell activation and effector functions and myeloid cell activation in models of pathogen induced chronic inflammation. In parallel, we are investigating the role of the non-coding genome in the function of immune checkpoints in a wide range of cellular contexts.

2. ncRNA mechanism of action: How do ncRNAs work?

We investigate mechanisms of RNA/protein interaction that are responsible for the function of small and long ncRNAs (miRNAs and lncRNAs, respectively) in the immune system. Recent discoveries include signalling pathways that regulate miRNA biogenesis and silencing complex formation. Current studies focus on RNA-binding proteins that associate with miRNAs and lncRNAs in cells responding to infectious or inflammatory stimuli.

3. ncRNAs as disease biomarkers: How can we use ncRNAs in the clinic?

The group is developing pipelines that translate functional genomics into routine blood tests used for patient stratification and rational use of antibiotics and biologics. Recent and current work focuses on skin inflammation.

The group is funded by The Medical Research Council, The Wellcome Trust (CIDCATS PhD Training Program and Centre for Chronic Diseases and Disorders), and The BBSRC (DTP in Mechanistic Biology).

My teaching in the Hull York Medical School and Department of Biology is inherently connected to my research interests including gene expression regulation in the immune system, host pathogen interactions, and the fundamental principles of molecular cell biology. I am the HYMS Phase 1 Lead for the Scholarship and Special Interest Programme and member of several committees overseeing curriculum development and delivery in both Biology and HYMS.

MicroRNA biology: from mechanism to function 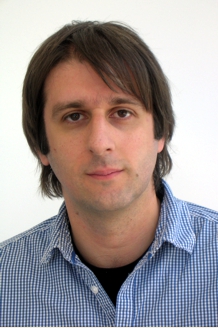