I am interested in Horizontal Gene Transfer (HGT), which is a fundamental and powerful process for the exchange of genes between bacteria. HGT drives bacterial evolution, adaptation and spread into new ecological niches and is the primary means for rapid distribution of characteristics such as antibiotic resistance and pathogenicity. Bacterial HGT occurs via three broad mechanisms – conjugation, transformation and viral transduction. It is transduction of genes by viruses and virus-like elements that is the main focus of my lab.

Viruses that infect bacteria (bacteriophages) are generally accepted to be the most influential mechanism of HGT. During phage replication, bacterial DNA can be packaged into a small proportion of phage particles either instead of or as well as the phage genome. Gene Transfer Agents (GTAs) are related to phages, however all DNA in the host cell is randomly packaged and transmitted with no preference for the GTA genes at all. Indiscriminate DNA transfer is a highly unusual trait and could lead to the spread of any gene between bacteria, which is of great concern if these genes encode virulence factors or antibiotic resistance. Recent environmental studies detected the exchange of antibiotic resistance genes by GTAs at extremely high frequencies, which could have major impact on antibiotic resistance gene reservoirs and subsequent spread to strains of clinical or economic importance.

The research in my lab aims to address a number of fundamental aspects of GTA biology, including: 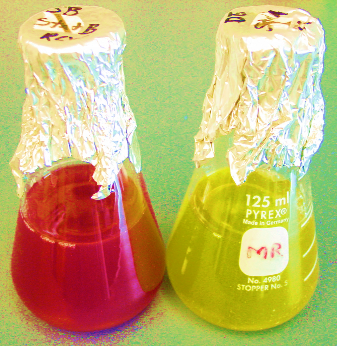 How is GTA production regulated?

Our model system is Rhodobacter capsulatus, the purple photosynthetic bacteria in which GTAs were first discovered. In Rhodobacter, GTAs are hardwired into various core regulatory pathways such as cell-cell communication (Quorum Sensing), DNA damage (SoS Response) and starvation (Stringent Response). We recently identified the first direct activator of a GTA and this provided a definitive link between these global host processes and GTA production.

What mechanisms are involved in GTA assembly?

GTAs look very similar to bacteriophages but there are fundamental differences. The main difference is that GTAs exclusively package random DNA despite possessing analogous DNA packaging machinery to traditional phages. Understanding the mechanistic differences between phage and GTAs from a biochemical, structural and molecular point of view is key challenge we are looking to address with potential implications for bacterial evolution, antibiotic resistance and biotechnology.

How prevalent are GTAs in pathogens and what is the impact of GTAs on bacterial evolution?

GTAs clearly have the potential to drive bacterial evolution and the spread of antibiotic resistance but discovery of novel GTAs is challenging because of their similarity to phages and lack of standardized detection methods. As a result, evidence of GTAs in species of anthropic importance is limited at present. GTAs also kill the cell that produces them without first making copies of their own genome, which raises the question – What is the selective advantage of possessing GTA genes? Answering these key questions is essential to fully appreciate the role GTAs are playing in the environment.