My main research of late has been focused on looking for regularities in preimplantation mammalian development that are indicative of the phenomenon of pre-patterning which is the norm in development of most other metazoa. A particularly interesting recent finding is that altering the cellular composition of embryos as early as the 8-cell stage in the mouse can have a marked effect on the specification of facets of left-right asymmetry. I am presently extending my studies on pre-patterning to the early bovine embryo since it is possibly more relevant than the mouse to the situation in the human. My work on embryonic stem cells is concerned particularly with the effects of long -term culture on their capacity to differentiate normally, as judged by their ability to participate in embryonic development. Contrary to general belief, prolonged passage of these cells can result in loss of ability to behave normal despite retention of a normal karyotype and lack of any more subtle genomic change. The implication is that embryonic stem cells can undergo subtle stable epigenetic changes that could compromise their value in regenerative medicine 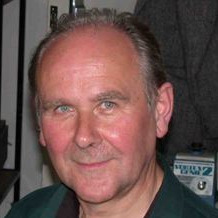