Professor Dame Caroline Dean, an inspiring and outstanding plant scientist who has driven new understanding of fundamental processes in biology and actively encouraged a generation of women to pursue scientific careers, was awarded an Honorary Degree from the University on Friday 18 January 2019. 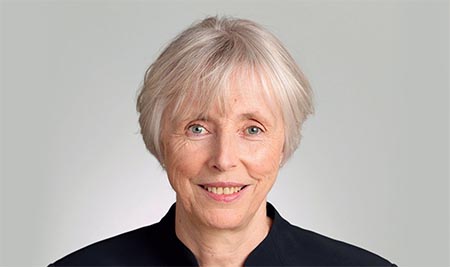 After gaining both a BA and a PhD in Biology at the University of York, Dame Caroline moved to California to research molecular biology. She began working at the John Innes Centre in 1988, where her primary interest is in vernalisation, the process by which plants accelerate their flowering after periods of prolonged cold.

Her pioneering work on flowering time is of particular importance to food production as our climate and hence winters change. Her work has established some fundamental principles of how many different organisms respond to the environment by regulating key genes.

Dame Caroline has been a strong advocate for women in science, and enthusiastic role model and mentor. She is a Fellow of the Royal Society, a Foreign Fellow of the United States National Academy and German Leopoldina Academy. She has received the 2015 FEBS|EMBO Women in Science Award, the 2018 L’Oréal-UNESCO For Women in Science Award and was appointed Dame Commander in 2016.