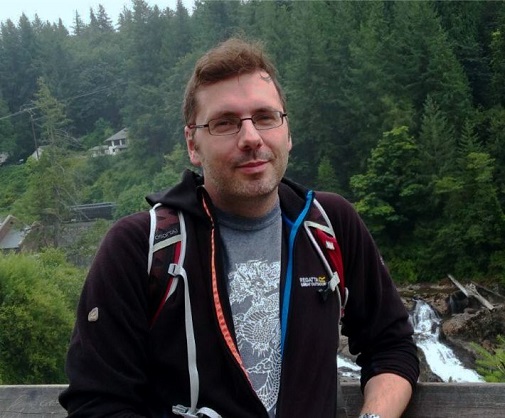 Dr Paul Fogg’s research focus is on Horizontal Gene Transfer (HGT), a fundamental and powerful process for the exchange of genes between bacteria. HGT drives bacterial evolution, adaptation and spread into new ecological niches and is the primary means for rapid distribution of characteristics such as antibiotic resistance and pathogenicity. The Fogg lab studies an influential mechanism of HGT known as bacteriophages (viruses that infect bacteria), with an emphasis on Gene Transfer Agents (GTAs).

GTAs are small viral particles that are able to transfer any gene between bacterial cells. Research into the activity of GTAs in the environment revealed that antibiotic resistance genes could be spread at extremely high frequencies and thus GTA-mediated spread of antibiotic resistance and virulence genes in pathogens has huge potential clinical and economic consequences. Understanding the methods used by microbes to rapidly acquire virulence genes is crucial if we are to develop new treatments or even to preserve the current antimicrobial armoury.

Dr Fogg has recently received funding from the Wellcome Trust/Royal Society and BBSRC to study key aspects of GTA biology:

Electron micrograph of a GTA

Previous work in the Fogg lab definitively resolved an important gap in the knowledge of GTA regulation by identifying the missing link that couples GTA production to multiple host regulatory pathways – GTA Activation Factor A (GafA). This led to the first comprehensive GTA regulatory model.1

This new research project will seek to determine the precise mechanism of action for GafA in the model species, the extent of its influence in a wider range of species, and the relationship between GTA production and bacterial adaptive immunity. The work will provide insights into an important mechanism for bacterial evolution and could lead to the development of novel interventions to slow the spread of antibiotic resistance.

Researchers in the Fogg lab recently identified a protein that plays a key role in enabling GTAs to package and transfer the entire genome of their host bacteria.2,3 They also pinpointed predicted structural differences in the GTA version of the protein compared to counterparts found in standard viruses, which preferentially package their own viral DNA.

This new research project, in collaborations with Professor Fred Antson (Chemistry), will explore the biochemistry of the GTA DNA processing machinery and will experimentally define its structure through X-Ray crystallography and Cryo-EM. The data produced will lead to improved identification of novel GTAs in new species and provide invaluable insights into the mechanism of viral DNA recognition and packaging in general.