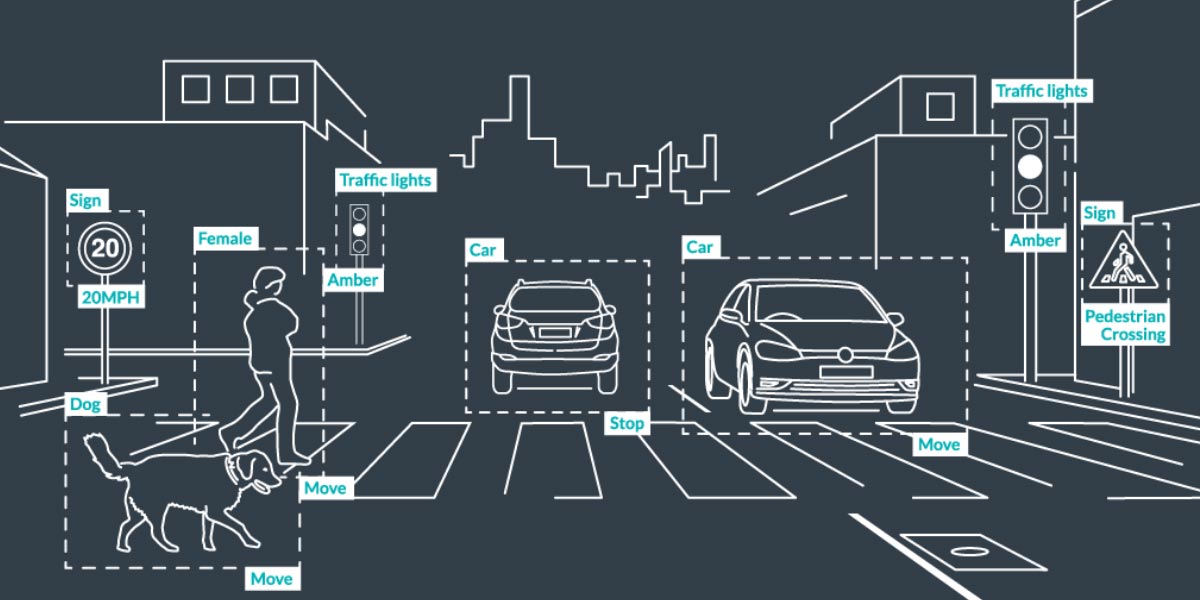 How can we develop autonomous vehicles that can explain the decisions they take?

Understanding the decisions taken by an autonomous machine is key to building public trust in robotics and autonomous systems (RAS). This is addressing this issue of explainability through designing, developing, and demonstrating fundamental AI technologies in real-world applications.

The aim of the project is to build robots, or autonomous vehicles, that can:

In on-road and off-road driving scenarios, the project team is studying the requirements of explanations for key stakeholders (users, system developers, regulators). These requirements are informing the development of the algorithms that will generate the causal explanations.

The work is focused on scenarios in which the performance of traditional sensors (e.g cameras) significantly degrades or completely fails (e.g. in harsh weather conditions). The project is developing methods that can assess the performance of perception systems and adapt to environmental changes by switching to another sensor model or a different sensor modality. For the latter, alternative sensing devices (incl. radar and acoustic sensors) are being investigated in order to guarantee robust perception in situations when traditional sensors fail.

The team has extended their methods for interpreting and representing observations of the environment in human-understandable terms. This is to enable end-users to comprehend algorithmic decisions. To this end, they have improved the way that traditional sensors (e.g. cameras, lasers) are used in complex and rare traffic situations. However, due to limitations of these sensors under certain environmental conditions (e.g. bad weather, poor illumination), the team has also investigated non-traditional sensors (e.g. radars, microphones) for understanding the drivable surface and for assessing the ability to measure the vehicle's ego-motion.

The team takes a more nuanced approach than solely relying on one type of sensor. Towards this, they have developed a system which facilitates introspection (knowing when we don’t know) using radar. They released a radar dataset advocating for the increased exploitation of these unusual sensors, and will use the lessons learned here in the collection and release of a SAX dataset capturing complex, challenging driving scenarios outside of already well-investigated urban environments.

This data collection has covered urban, suburban, and motorway driving conditions, as well as off-road driving in the Scottish Highlands. The data collected is focused on the requirement for very robust sensing in challenging driving conditions and will be representative of a wide swathe of UK driving scenarios.

The team has also been introducing audio as information to use in conjunction with other sensors. In London they recorded detailed in-cabin audio narration from a professional driving instructor, which will allow future AI systems to better explain actions on the road.