This multidisciplinary research aims to explore how operational effectiveness within the Screen Industries can be managed more efficiently giving competitive advantage to organizations working within film, television, and videogames. Using a mixed method approach to obtain data samples within three specific geographic and distribution territories, this investigation aims to position its discoveries between the interdisciplinary areas of business and management, and the creative industries, filling gaps in current information relating to the management of creative productions.

Stewart is a journal-published MBA graduate and Ph.D. researcher with an international career as a management and production consultant in the media and entertainment industry. He is an EU Commission Expert, a Consultant and Mentor for film/television, IP, and contracts, a higher education lecturer, and has multiple publications in animation, visual effects, screenwriting, and project management. Stewart is an advocate for people with disabilities, determined to decrease the barriers to entry for both the enjoyment and participation in business and the screen industry. 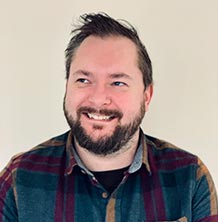