Visit Ambrose Field's profile on the York Research Database to:

Professor Ambrose Field is the Dean of the Faculty of Arts and Humanities. He previously served as interim Dean from 2018 to 2020, and was the Head of the Department of Music prior to that.

Interdisciplinary connections, social relevance of the arts across cultures, and new approaches to creativity are key to his approach. In 2017, Field was appointed Honorary Professor of The Beijing Institute for Advanced Innovation, recognising, in particular, his work developing international partnerships. The integration of the arts with science and technology feature heavily in his research, and he has served as industrial consultant to media companies and technology firms, as a member AHRC peer review college and panels, and on the board of national professional bodies in the arts.

Field's own output takes an informed approach to creativity by investigating how relationships to the environment and culture influence creativity. He is an international award-winning composer, writing music for voices and ensembles with a characteristic lush sound world, and has worked extensively with technology in ways that explore immersive spatial connections to architecture, site and community.

His album for ECM, Being Dufay, is distributed by Universal and was produced by Manfred Eicher. It toured to 13 countries (including performances at the Vienna Convertase and Parco Della Musica Rome), and received 5* reviews from BBC music and Classic FM. His work for 25 independent voices, Pod Twoja Obrone, was commissioned by the Polish National Chamber Choir to mark the 80th birthday anniversary of composer H.M. Górecki.

Field writes on creativity in education, has given guest lectures and conference keynotes internationally on issues in contemporary music, and has worked in interdisciplinary collaborations in areas from Education to Health Science. He studied Education at The University of Cambridge (Robinson) and received a PhD in Music from City, University of London. 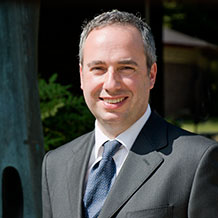