The Preservation Department of the Royal Library in Copenhagen, Denmark funds my research project at the University of York.

Studies of the physical appearance of the parchment, which has been used for writing manuscripts, can provide an interesting supplement to the existing forms of manuscript research and help to create a more complex image of the information recorded in medieval books. Animal skins preserved in manuscripts represent a unique data bank of information about animal husbandry in the course of time.

Systematic research on the characteristics of different types of parchment and their differences that originated either from specific types of animals employed for parchment production or different process involved in its manufacture will be carried out on groups of manuscripts selected from different historical periods and geographical locations. Practical experiments with the manufacture of parchment and reconstruction of the methods of its production can help to verify some of the theories or hypotheses.

For visual analyses of the variety of traces of tools recorded in parchment from the process of its manufactures special techniques (such as surface scanning) will be employed. This will make possible evaluation and comparison within certain manuscript groups. In order to visually analyze the type, size and age of the animal there will be created computerized tools (a navigation system) that will help to recognize different parts of animal skin and eventually reconstruct the skin into its original size.

The main goal of the research is to create a complex tool that could be used first for scientific description and the recording of different types of parchment in manuscripts, which can be later evaluated in a way to help with identification of places of production of manuscripts, dating of the manuscripts and recognizing their relationship (groups).

Conservator of parchment, paper and bookbinding employed by the Preservation department, the Royal Library, Copenhagen.

2010 Master in Conservation Science from the School of Conservation of the Royal Academy of Fine Arts in Copenhagen, Denmark.

1992/1993 Internship, Conservation of Books and Manuscripts with Christopher Clarkson at the West Dean Collage, England

1993/2005 The National Library in Prague, Czech Republic. Head of the Conservation department.

1984/1991 The Strahov Monastery Library in Prague (formerly the Museum of the Czech Literature). Conservator of paper and books.

2002-2005 Improved damage assessment of parchment (IDAP), leader of the team from the National Library Czech Republic, one of the partners on IDAP established within 5th framework by the EU.

1999-2001 Conservation of Illuminated Manuscripts, leader of the research project established by the Ministry of Culture of the Czech Republic.

2002 Consultant of rescue operation for the library and archive collections damaged after the flood in Prague, member of governmental commission. Some information provided in: Vnouček, J. The Prague flood diary“ in Preparing for the Worst, Planning for the Best: Protecting our Cultural Heritage from Disaster . Proceedings of a special IFLA Conference held in Berlin, 31th July-2nd August 2003, Munchen: K.G.Saur 2005

2006 Consultation of preservation of water damaged parchment manuscript reported in: Conservation Survey of the condition of the Czech Gradual

(Rare size 3 BX 2043.A3 H8) from the collection of St. Mark’s Library of The General Theological Seminary. Survey was done from 30th October to 3rd November 2006

2006 Consultancy of rescue operation and preservation of fire damaged library and archival material at the Iraq National Library and Archive in Bagdad, Iraq

2012 (in May and September) Parchment making workshop: Understanding the Parchment in Medieval Manuscripts held at the European Research Centre for Book and Paper Restoration in Horn, Austria.

2014, 2012, 2011, 2010 External teacher at the International annual Summer School in Manuscript Studies organized by the Árni Magnússon Institute of Icelandic Studies, Copenhagen and Reykjavík, (Parchment-making presentation and 2 lectures about the history of parchment-making and the understanding of parchment in medieval manuscripts).

2006. Training of conservators at the Salahadin University Library the in Erbil, Irak

Since 2005, External teacher at the Institut National du Patrimoine in St.Denis, France biannual presentation of courses in parchment making and conservation of parchment.

1994/2004 External teacher at the Atelier for Conservation of Paper, Books and Rare Documents at the Institute of Conservation in Litomyšl, Czech republic (One of the co-founders of this atelier.)

Vnouček, J. (2013). The language of parchment - learning about the history of manuscripts with the help of visual assessment of the parchment. I: Paper Conservation: Decisions & Compromises. Extended Abstracts presented at the ICOM-CC Graphic Document Working Group Interim Meeting Vienna, Austrian National Library 17-19 April 2013. Edited by Lieve Watteeuw and Christa Hofmann

Vnouček, J. (2012). Illustrations for Instruction, the Book as Evidence. The Story of the Production of a Medieval Codex as Recorded in the Hamburg Bible. I: From Nature to Script. Reykholt, Environment, Centre, and Manuscript Making, ed. Helgi Thorláksson and Thóra Björg Sigurthdardóttir. Reykholt:  Snorrastofa, Cultural and Medieval Centre pp.199-229

Vnouček, J. (2010). The Niebuhr bible: A manuscript as time capsule in the Mediterranean. Poster summary, I: Conservation and the Eastern Mediterranean, Contributions to the IIC Istanbul congress 20th -24th September 2010, edited by Christina Rozeik, Ashok Roy and David Saunders, London: The International Institute for Conservation of Historic and Artistic Works, p.280.

Vnouček, J. Suchý, M (2009). Conservation database as a precondition for the administration of the manuscript library stored in the Prague Castle Archives. I: Care and Conservation of Manuscripts 11, Proceedings of the eleventh international seminar held at the University of Copenhagen 2008, ed. Matthew James Driscoll and Ragnheithur Mósesdóttir , Copenhagen: Museum Tusculanum Press, pp. 74-92.

Vnouček, J. (2007). Typology of the damage of parchment in manuscripts of the codex form, I: Improved damage assessment of parchment’, IDAP, Assessment, data collection and sharing of knowledge, ed. René Larsen, The Royal Danish Academy of Fine Arts, School of Conservation, Office for Official Publications of the European Communities, Luxembourg, pp. 27-30.

Vnouček, J. Suchý, M. (2006). The story of the Prague fragment of St.Mark’s gospel through fourteen centuries. A new approach to an established narrative. I: Care and Conservation of Manuscripts 9, Proceedings of the ninth international seminar held at the University of Copenhagen 2005, ed. Gillian Fellows-Jensen & Peter Springborg, Copenhagen: Museum Tusculanum Press, pp. 83-112.

Vnouček, J. (2005). The manufacture of parchment for writing purposes and the observation of the signs of manufacture surviving in old manuscripts’, I: Care and Conservation of Manuscripts 8, Proceedings of the eighth international seminar held at the University of Copenhagen 2003, ed. Gillian Fellows-Jensen & Peter Springborg, Copenhagen: Museum Tusculanum Press, pp. 74-92. 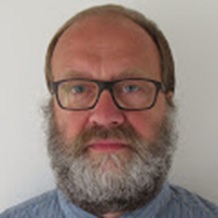