Representations of archaeology in media such as films and television have been historically problematic, frequently emphasizing bad practices, shoddy scholarship and ethically questionable professional behavior. In video-games, however, there is an additional dimension of experience, as the user, in effect, commits the acts themselves instead of viewing them passively.

The aims of this project follow two paths, distinct but impacting upon one another. The first path concerns perceptions of archaeology and archaeologists as created through video-games. The second concerns the ethics of practice in digital heritage and archaeology.

Concerning ethical practice, the project seeks to understand how ethics are being considered, or not, in evolving digital practice and digital heritage management. It attempts to isolate the ways in which practitioners are (or are not) considering the ethical implications of the digital components of their work, and how, if the situation isn’t addressed, those ethical issues may impact future practice. It finally attempts to establish an ethical standard of practice for archaeologists researching in video-games, both in theoretical and practical terms.

Meghan writes about her research at:

Meghan is an archaeologist with more than 10 years of experience in cultural resource management, historic preservation and research-based archaeology. She taught at the secondary and collegiate levels, ran her own archaeological consulting firm, and served as a community advisor regarding historical preservation compliance.

In addition to her archeological and preservation work, Meghan worked in online gaming for many years, both as a content developer and community manager. She remains an avid gamer and has maintained ties to several gaming communities. Her current doctoral research is the natural outgrowth of her time in archaeological consulting and the gaming industry, as she is focusing on representations of ethical (and not-so-ethical) archaeological practices within video games, immaterial spaces, and digital archaeologies.

Dennis, L.M., 2015. Leveling Up - Towards a Better Representation of Archaeology in Video Games. 3rd Annual Student Archaeology Conference at the University of Edinburgh, Edinburgh, Scotland, June 2015.

Apart from her teaching in the United Kingdom, Meghan taught archaeology and anthropology within the Georgia State system of universities, and is certified by the Texas Education Association in Social Studies, and in Language Arts (8-12). She taught within the Texas system for 7 years, and was the coordinator for the campus AVID program, focusing on college preparedness and success for first generation college-bound students. 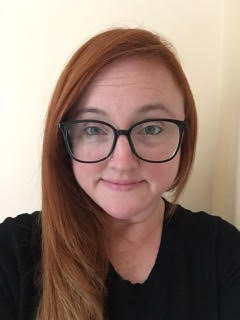