Michael has also worked professionally as an archaeologist for English Heritage, Cambridgeshire County Council and Shropshire Council. In Shropshire he worked on the HEEP-funded Stiperstone Hills project, while part of his employment at English Heritage was spent as an Investigator in the former Archaeological Survey and Investigation team where he led on major research work at sites such as Charterhouse-on-Mendip.  Since the completion of his doctoral research Michael has been a Researcher based at Bournemouth University working on the INTERREG-funded ECOSAL Atlantis project.

Fradley, M. 2005. ‘Newhall Tower: the identification of the medieval castle and a nearby cropmark from aerial photographs’. Journal of the Cheshire Archaeological Society 80, 91-7.

Michael’s doctoral research investigated the context and impact of the construction of castles on urban settlements in England following the Norman Conquest in AD 1066. By critically reviewing the traditional historical narrative that has been dominant in this subject area and reassessing spatial development of urban centres across the Saxo-Norman period this work has provided a dynamic new interpretation of urban castle-building in England and its European context. In addition to his earlier work at Charterhouse in Somerset, this work has allowed him to develop a distinct interest in urban archaeology, particularly in terms of the often overlooked scale of earthwork preservation that may survive in historic towns due to complexities of land ownership and in spite of development pressure.

This interest in archaeological earthworks relates to his previous employment at English Heritage, and he has been keen to develop the analytical earthwork survey method elsewhere, for instance in his groundbreaking contributions to the study of pre-Hispanic settlement in southern Brazil with Prof Jose Iriarte at the University of Exeter. He is also interested in wider issues of archaeological approaches to cartography and spatial mapping.

At present his future research interests include developing a progressive archaeological programme of research for the Early Medieval period in the West Midlands, building on the high public profile of the discovery of the ‘Staffordshire Hoard’. This will be achieved through the combination of an integrated strategy of the non-intrusive survey methods to characterise settlement forms of this period with the theoretical questioning of why most of forms of material culture were not utilised throughout much of the history of this region. A second interest is in the archaeology of the prohibition of recreational drugs, using archaeology as a means of developing a novel perspective on a key social issue within contemporary society. 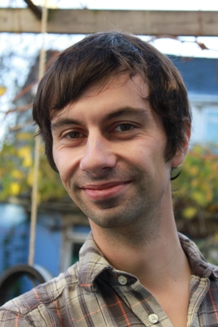