A new book from Professor Maureen Carroll and team sheds light on how the Roman Emperor set up a vast agricultural estate. 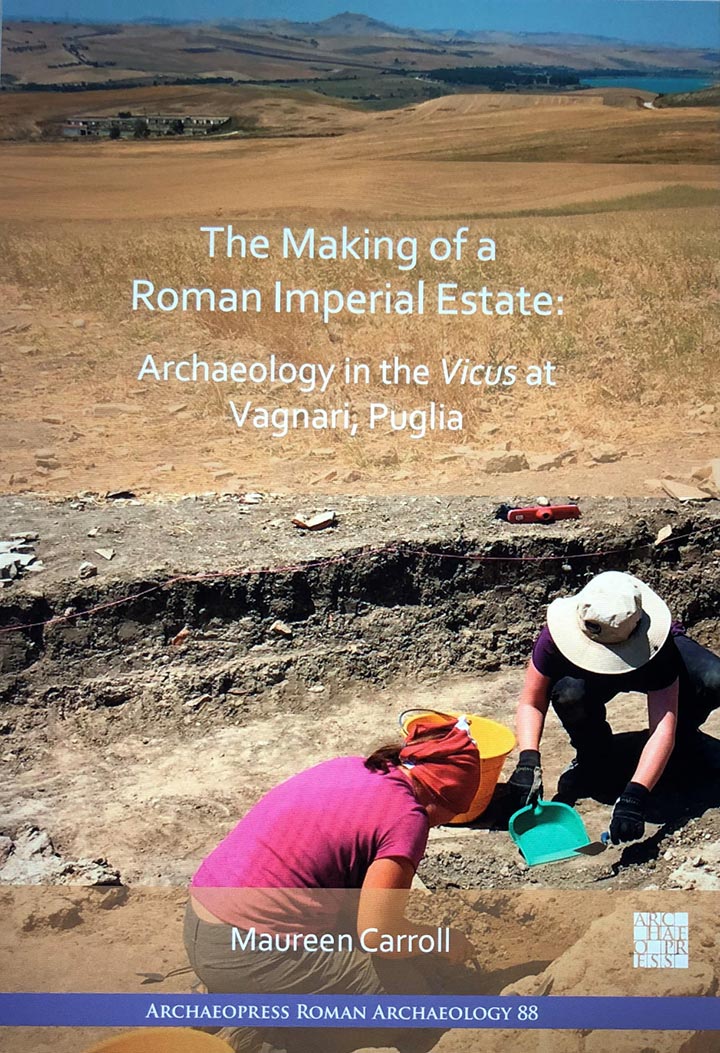 This volume presents the excavations and analysis of material remains at Vagnari which have enabled a detailed and precise phasing of this rural settlement in southeast Italy, both in the late Republican period in the 2nd and 1st centuries BC, when it was established on land leased from the Roman state after Rome's conquest of the region, and in the early 1st century AD, when it became the hub (vicus) of a vast agricultural estate owned by the emperor himself.

The discussion of the 2012-2019 investigations includes an overview of all buildings and other features according to the phases of settlement to which they belong. Several chapters are devoted to specialist reports and discussions on all categories of the material culture and environmental material retrieved at Vagnari.

The book addresses a range of crucial questions concerning the nature of activity at the estate and the changes in population in the transitional period from the late Republic to the early Empire.

It also maps the development of the vicus in the 2nd and 3rd centuries AD, shaping our understanding of the diversity and the mechanics of the imperial economy and the role of the vicus and its inhabitants in generating revenues for the emperor.

By contextualising the estate in its landscape and exploring its economic and social impact on Apulia and beyond, this archaeological research gives us valuable insight into the making of a Roman imperial estate.