Researchers have obtained the first genetic data from Palaeolithic human individuals in the UK, and the oldest human DNA from the British Isles thus far. 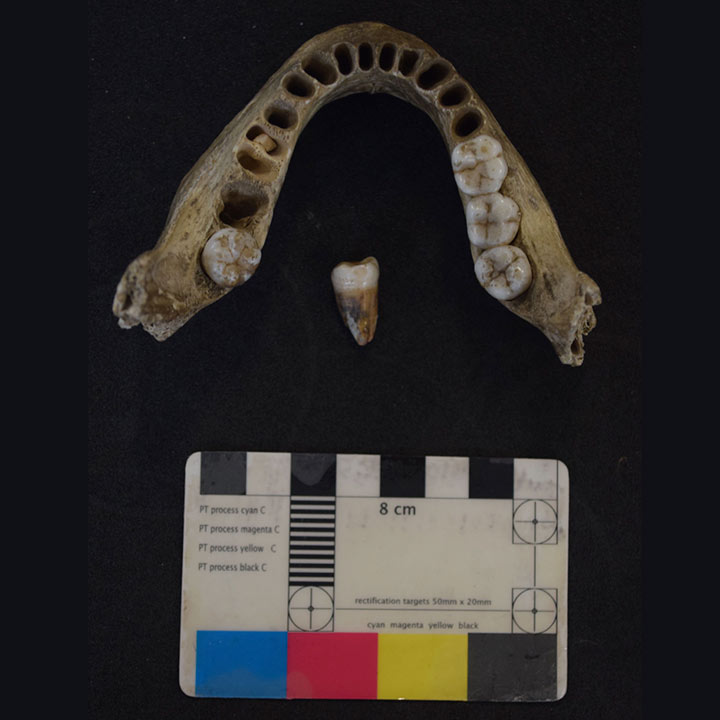 Approximately two-thirds of Britain was covered by glaciers during the Ice Age. Around 17,000 years ago, as the climate warmed and the glaciers were melting, drastic ecological and environmental changes took place and humans began to move back into northern Europe.

For the first time, the study reveals that the recolonisation of Britain consisted of at least two groups with distinct origins. The first group seem to be the same people who created Magdalenian stone tools, a culture known also for iconic cave art and bone artefacts, and were the first group to expand into Northwest Europe around 16,000 years ago.

The second group appeared in northwest Europe around 2,000 years later, and are known as “western hunter-gatherers”. They seem to have their ancestral origins in the Near East. As Britain sits at the extreme northwest corner of the continent, it’s the end of the line for these human migrations.

"We really wanted to find out more about who these early populations in Britain might have been," says Dr Selina Brace, a principal researcher at the Natural History Museum, "We knew from our previous work, including the study of Cheddar Man, that western hunter-gatherers were in Britain by around 10,500 years ago, but we didn’t know when they first arrived in Britain, and whether this was the only population that was present."

"The period we were interested in, from 20-10,000 years ago, is part of the Palaeolithic – the Old Stone Age. This is an important time period for the environment in Britain, as there would have been significant climate warming, increases in the amount of forest, and changes in the type of animals available to hunt," said Dr Sophy Charlton, Lecturer in Bioarchaeology at the University of York. "There are very few human remains of this age in Britain; perhaps around a dozen individuals from six sites. We looked at two of these Palaeolithic individuals – one from Gough’s Cave in Somerset and the other from Kendrick’s Cave in North Wales."

"The individual from Gough’s Cave died about 15,000 years ago, and her DNA indicates that her ancestors were part of the initial migration into northwest Europe." says Professor Ian Barnes from the Natural History Museum. "On the other hand, the individual from Kendrick’s Cave is from a later period, around 13,500 years ago, and his ancestry is from the western hunter-gatherer group."

Furthermore, the study found that these populations were not just genetically different, but culturally different too. "Chemical analyses of the bones showed that the individuals from Kendrick’s Cave ate a lot of marine and freshwater foods, including large marine mammals.

"Humans at Gough’s Cave, however, showed no evidence of eating marine and freshwater foods, and primarily ate terrestrial herbivores such as red deer, bovids (such as wild cattle called aurochs) and horses." says Dr Rhiannon Stevens, Associate Professor of Archaeological Science at UCL Institute of Archaeology.

Their mortuary practices also differed. There were no animal bones showing evidence of being eaten by humans found at Kendrick’s Cave, indicating that the cave was used as a burial site by its occupiers. Animal bones that were found included portable art items such as a decorated horse mandible.

In contrast, animal and human bones found at Gough’s Cave showed significant human modification including human skulls that have been modified into ‘skull-cups’ and have been interpreted as evidence for ritualistic cannibalism.

"Finding the two ancestries so close in time in Britain, only a millennium or so apart, is adding to the emerging picture of Palaeolithic Europe, which is one of a changing and dynamic population." says Dr Mateja Hajdinjak, Postdoctoral Research Fellow at the Francis Crick Institute.

The study shows that it is possible to obtain useful genetic information from some of the oldest human skeletal material in Britain.

"These genome sequences now represent the earliest chapter of the genetic history of Britain, but ancient DNA and proteins promise to bring us back even further." says Dr Pontus Skoglund, Group Leader at the Francis Crick Institute.

The paper ‘Dual ancestries and ecologies of the Late Glacial Palaeolithic in Britain’ is published in Nature Ecology and Evolution.