Grant success for Professor Maureen Carroll who has been awarded a Leverhulme Trust award to conduct research on her new project in southern Italy in 2023/2024. 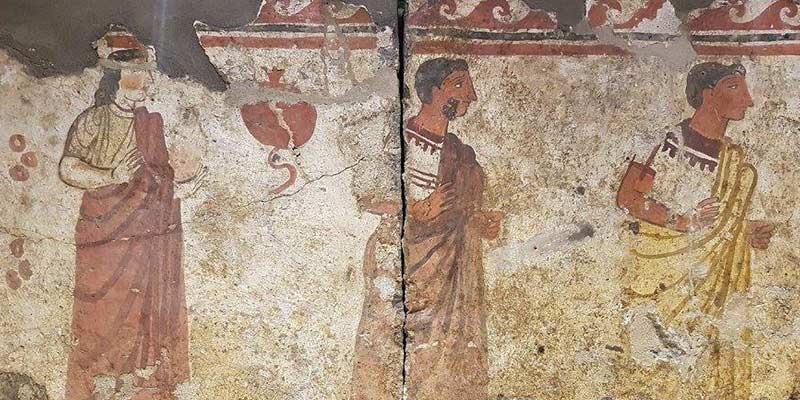 The project, Dress and Identity in Early Roman southwest Italy, investigates the interconnected relationship between clothing, ethnic identity and social status among population groups in southern Italy in the 4th century BC. This was a time of political and cultural tensions in the region, triggered by Rome's aggressive expansion of its territorial control.

The main foci of this study are figural wall paintings in the tombs of individuals and families of elite status in Campania and Lucania. These portraits of people are our window on the dress behaviour of indigenous populations for which no written testimony survives. Figural images on contemporary painted ceramic vases, as well as surviving dress accessories in grave assemblages, provide further insight.

The project also tracks transformations in identity signalling through dress, moving from various, distinct ‘Italic’ ethnic identities to a standardised Roman cultural identity by the early 3rd century B.C. This part of Italy, with its ethnic diversity, is an ideal place for thinking about the complexities of cultural identity, and exploring how people in this period expressed their identities not just through language and material culture, but also physically through distinctive clothing.