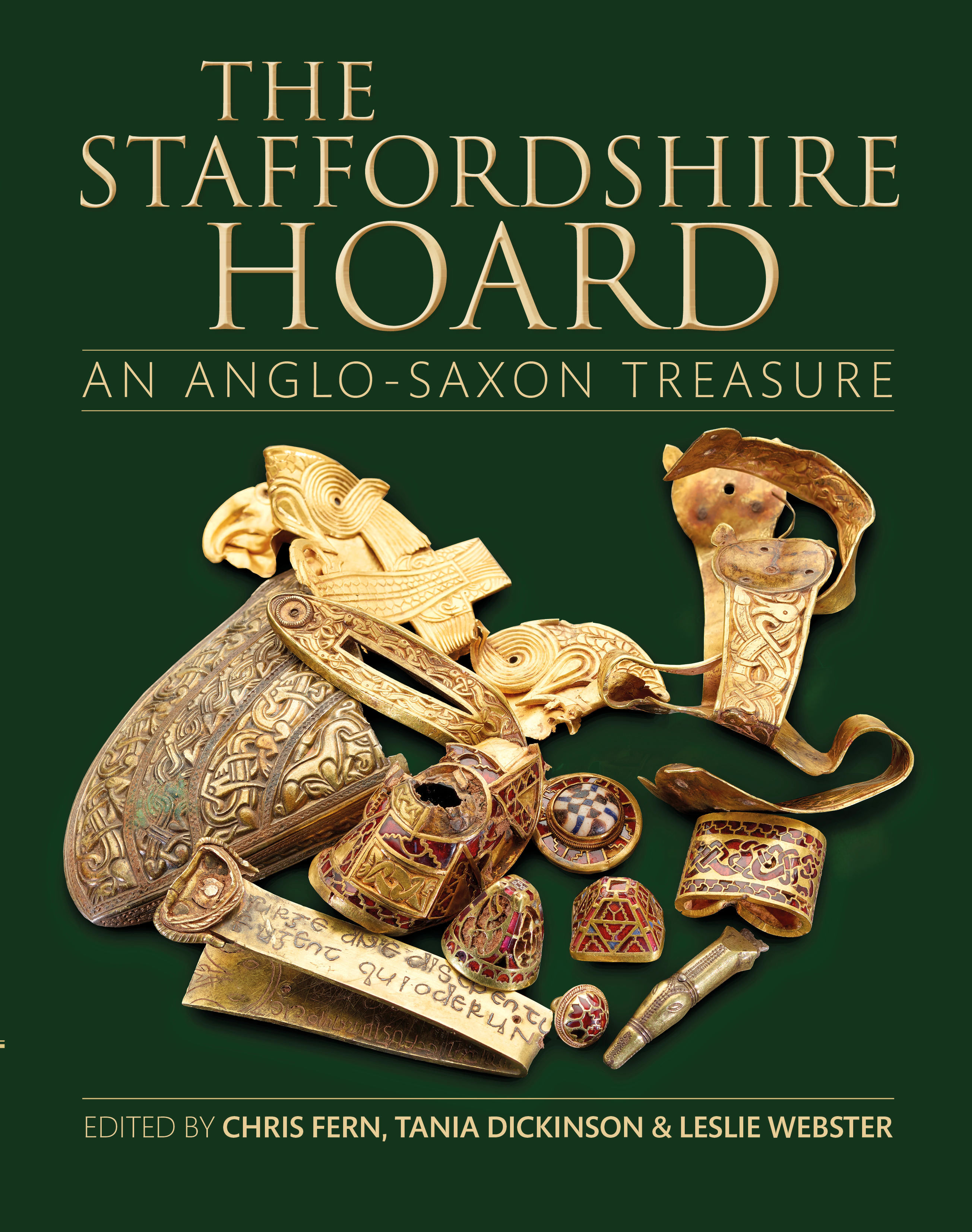 The Historians of British Art, a prestigious North American organisation (https://historiansofbritishart.org/about-2/), has selected Chris Fern, Tania Dickinson, and Leslie Webster (eds), The Staffordshire Hoard: an Anglo-Saxon Treasure (Society of Antiquaries of London) as one of two winners of the HBA Book Award for an Exemplary Multi-authored Book.

Readers will recognise Dr Tania Dickinson and Chris Fern as early-medievalists closely associated with the department; Tania was one of our founding lecturers and a central figure in all that we did until her retirement in 2011. Both Chris and Tania are honorary research associates of the dept.

Awards are granted  by the HBA in four different categories for books published in 2019, with the Prize Committee selecting from a nominating list of seventy books from thirty different presses. In their words:

‘The Staffordshire Hoard is a landmark study of one of the most significant discoveries in the field of British art over the last 50 years. From its discovery in 2009, the Staffordshire Hoard - the largest Anglo-Saxon gold treasure found to date - has attracted sustained attention and considerable debate. Here, for the first time, the artifacts are presented in their entirety and they are contextualized within the historical, regional and national contexts of early Anglo-Saxon England. The Staffordshire Hoard itself and this stunning volume serve to clarify and complicate the picture of a pivotal period of British history in which the first Anglo-Saxon kingdoms were established through warfare and consolidated through conversion to Christianity.'

Congratulations to Chis, Tania, and Leslie. The volume is an astonishing achievement (check it out if you haven't already, as well as the excellent digital resource available on Open Access via ADS ), and the prize very well deserved.

Chris Fern is an independent heritage consultant and an honorary research associate of the University of York, specializing in the archaeology, artefacts, and art of early England (AD 450–650).

Dr Tania Dickinson is a specialist in the archaeology of early Anglo-Saxon England. She has written extensively on the burial practices, artifacts, and art of the period. She is a former senior lecturer in the Department of Archaeology, University of York, where she now holds an honorary research associateship.

Leslie Webster is Keeper Emerita of the British Museum’s Department of Britain, Europe and Prehistory, and former Senior Curator of the Early Medieval Collections. She is also currently Visiting Professor at the Institute of Archaeology, UCL. She lectures and publishes widely on Anglo-Saxon art and archaeology, and has curated major exhibitions on Anglo-Saxon and Insular themes. Her most recent book is Anglo-Saxon Art: A New History (British Museum, 2012).’