SPLASHCOS named in award of the European Archaeological Heritage Prize

SPLASHCOS received an honorary mention in the award of the annual European Archaeological Heritage Prize at the recent meeting of the European Association of Archaeologists. 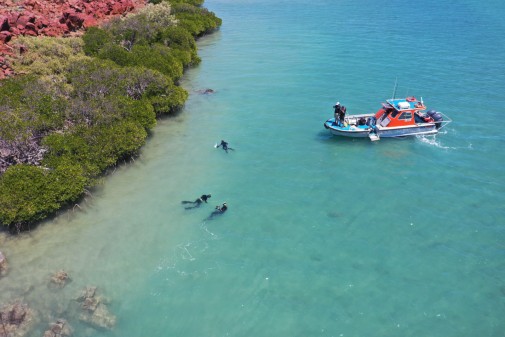 At the opening ceremony of the annual meeting of the European Association of Archaeologists on 26 August in Budapest, Hungary, organised as a virtual meeting, the SPLASHCOS network (Submerged Prehistoric Archaeology and Landscapes of the Continental Shelf) received an honorary mention in the Institutional category of the European Archaeological Heritage Prize.

In receiving the award on behalf of the SPLASHCOS community in his role as Chairman of SPLASHCOS, Professor Geoff Bailey referred to the value of funding by the COST Office in Brussels in helping to bring together over 200 individuals from 26 countries across Europe and from many different disciplines including archaeology, marine geosciences, climate research, heritage management, museums, government agencies and offshore industries to promote the investigation and wider public significance of the prehistoric underwater cultural heritage of Europe’s drowned landscapes.

He praised the opportunities made possible over an intensive four-year period for meetings, workshops and conferences, developing research collaborations and grant applications, short training sessions and placements for early career researchers across Europe, plans for future research, public outreach, and publications including a recently published open access volume and publicly available online database.

"The stimulus of sharing ideas, data and resources across national and disciplinary boundaries has resulted in an unusual scale and intensity of international collaboration," he said, and he predicted that this would become an increasingly common and necessary feature of future archaeological research and cultural heritage management.

"Such international collaboration is central to the ideals of the European Project, which I passionately believe in," he added, "and it is therefore a great pleasure, on behalf of all the members and participants of SPLASHCOS over the past ten years, and all the institutions involved, to thank you, the European Association of Archaeologists, for recognising our work through the award of this heritage prize."

He also observed that "COST funding required the Management Committee and the leading members of the Working Groups to work very hard over a four-year period, introduced me to new ideas and to people I had never heard of before, took me to places in Europe for meetings that I would previously have had difficulty locating on a map, and has left an enduring legacy of ongoing research collaborations and relationships and an inspiration to new research in Europe and across the world."