Martin Carver, Professor Emeritus in the Department of Archaeology, has been named as one of 86 new British Academy fellows in recognition of “outstanding contribution to subjects within the humanities and social sciences”. 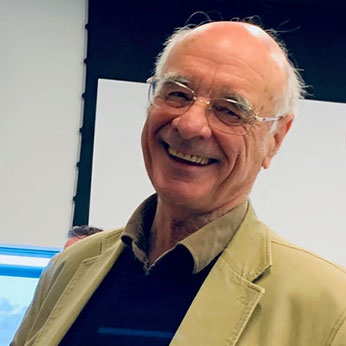 The newly elected fellows represent a diverse range of specialisms, including forensic anthropology, biostatistics, postcolonial and decolonial studies, EU Law, the history and politics of the Middle East and Viking studies.

Professor Carver is an expert in archaeological practice and protohistoric Europe. He was a leading figure in the excavations of the Anglo Saxon burial site at Sutton Hoo and a pictish site at Portmahomack, Scotland.

He said: "I'm delighted to be elected to the fellowship of the British Academy. It's a recognition for my colleagues, funders, research teams and publishers and of course my university, for their support over the years in our joint task of giving new life to the people without history."

Head of department Professor Nicky Milner said: “I’m so pleased that Martin has been elected as a British Academy Fellow. He has indeed made an outstanding contribution to archaeology through his many high profile excavations and publications, many of which have won awards. He is an exceptional archaeologist.”