Where did all the hunters go? Stone Age fishing spears used as proxies for cultural transition 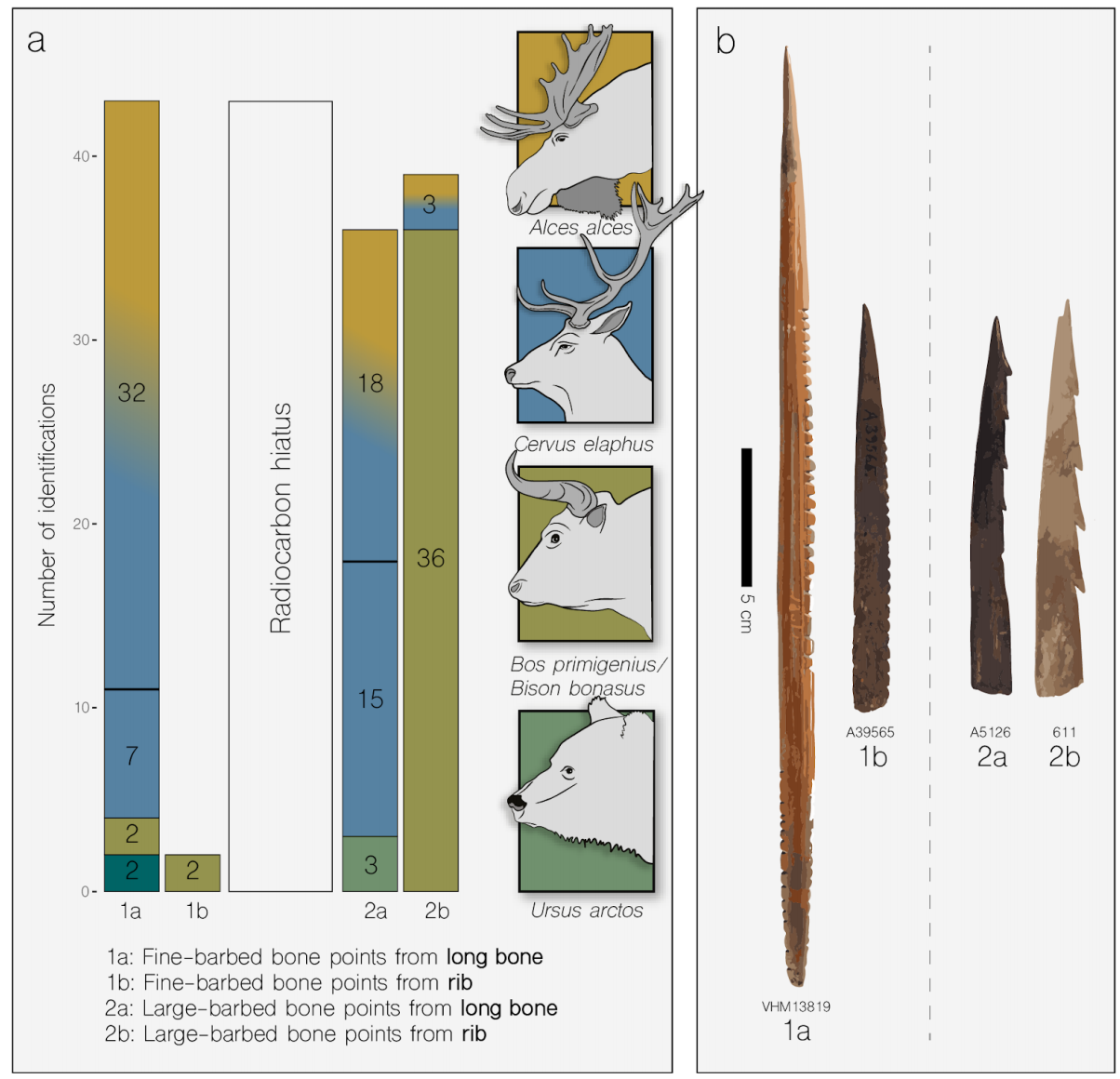 During the Mesolithic period (11000 - 6000 cal BP), Denmark was a patchwork of lakes used as fishing grounds by hunter-gatherers.

Many of their possessions such as harpoons and lysters were lost into the lake, only to be recovered when the peat was cut in the 20th century.

The Maglemose culture -first described more than one hundred years ago - represents the earliest phase of occupation of Denmark. Notable are its so-called barbed bone points, probably used to spear fish, which are one of the most iconic artefact of the European Mesolithic.

Never previously subjected to scientific analyses, an international team led by Theis Jensen of the Globe institute from the University of Copenhagen/York and Matthew Collins from University of Cambridge/Copenhagen, have discovered that rather than unifying the Maglemose, the barbed bone points divide the Maglemose right down the middle.

In their new paper published in Scientific Reports, the researchers amassed a large collection of points that they were able to date and identify the species from which they were made. Theis was surprised by the results “as we began to plot up the data, it fell neatly into two clusters,  the radiocarbon dates and the animals used to make the points split them neatly into two groups”.

The team concludes that the once all encompassing Maglemose culture actually represents two different groups.  “My guess would be that the first are hunter gatherers migrating into  Denmark from the southwest about 11,000 years ago, the second from the northeast about 1,700 years later” , says Theis.  “Our results set up a whole new archaeological framework for forthcoming genetic studies”, he smiles.

You can see the full article here