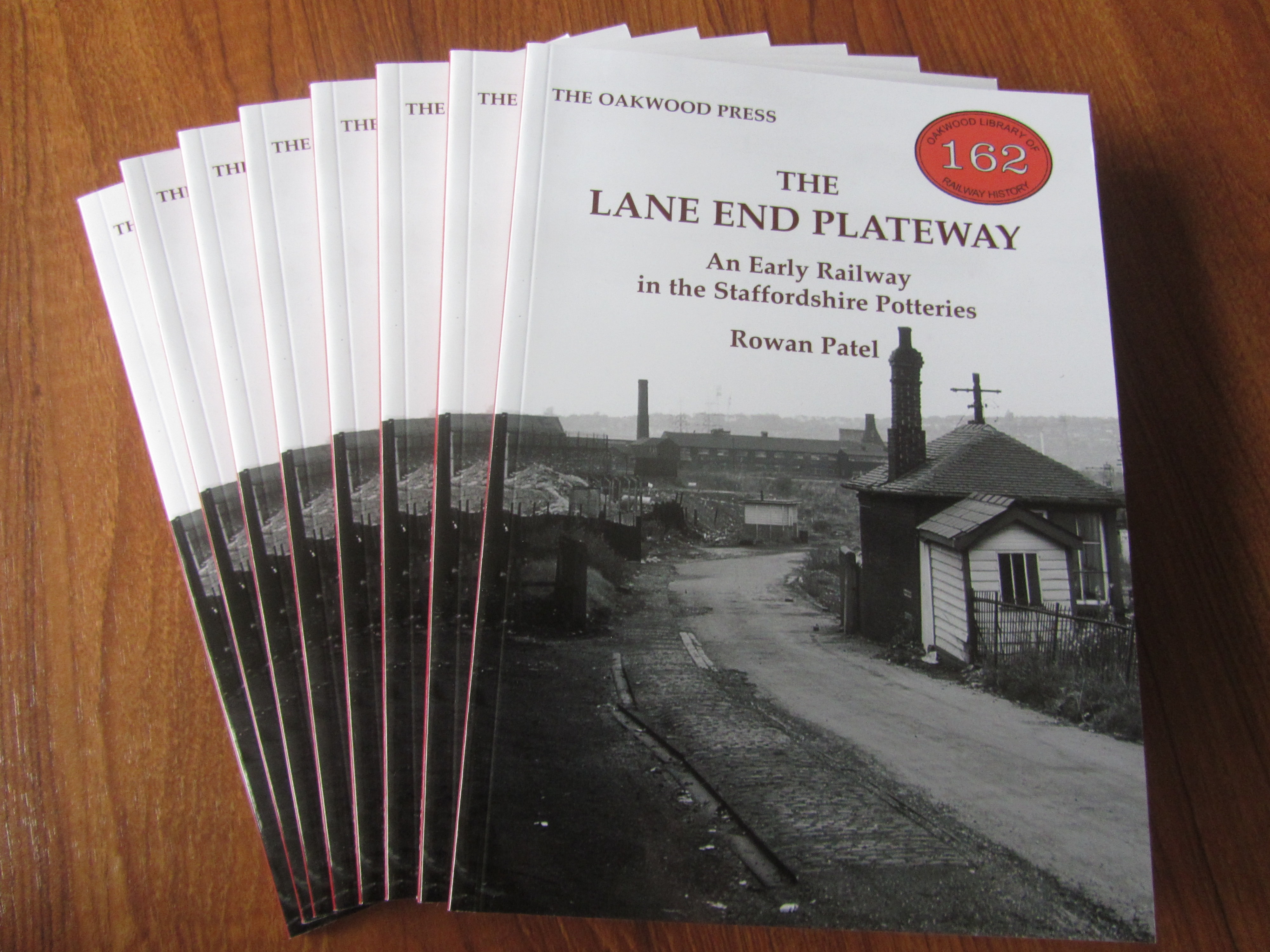 The Lane End Plateway: An Early Railway in the Staffordshire Potteries, published by The Oakwood Press, Oakwood Library of Railway History No. 162, A5 format paperback, 84 pages, ISBN: 9780853615385, Available from the publisher, free postage: http://stenlake.co.uk/book_publishing/?page_id=131&ref=1182&section=New%20Books

The Lane End line was a horse-drawn plateway, constructed using stone sleepers and flanged cast iron plate rails. Built by the Scottish civil engineer John Rennie (1761-1821) it was owned and operated as a public line by the Trent & Mersey Canal Co. It ran some 2.5 miles from a basin on the canal in Stoke to the pottery town of Lane End, now called Longton. The railway was authorised by an 1802 Act of Parliament, and it opened in 1804, at which point it was the longest railway ever built in the Potteries. It was used to transport potters' raw materials, along with finished pottery, and was also used by other industries such as coal mines and ironworks. As a public line, this railway could be used by all on payment of a toll, which was the same as that charged on the canal itself. Ownership of the line eventually passed to the North Staffordshire Railway, who quashed the competition of the Trent & Mersey Canal Co. by purchasing their entire network. Some use continued into the 1880s, but the line was eventually closed by an 1891 Act of Parliament. This book attempts to trace the line's history and archaeology across ten chapters, researched from primary sources. It is illustrated by sixty five illustrations including maps, diagrams, documentary extracts and photographs, the majority of which have never been published before.