Survival expert and TV presenter, Ray Mears, will officially open the University of York’s YEAR Centre – an outdoor laboratory designed to allow researchers and students to recreate techniques and cultural practices of the ancient past. 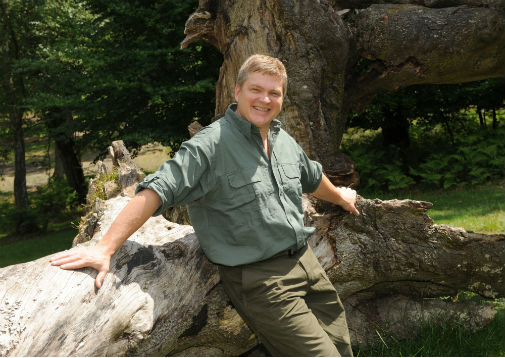 Located in a wooded area near the University of York’s lake, the Centre was created to look like a prehistoric campsite so that students and researchers could experience first-hand what it would have been like to craft objects, such as bows and arrows, ritual headdresses, and cook with traditional methods and pots, using the natural materials available to our human ancestors.

The York Experimental Archaeology Research (YEAR) Centre is unique in the UK and one of only a small number of on-campus university outdoor experimental centres in the world.

Ray Mears, who will also be receiving an honorary degree from the University this week, will open the Centre on Friday, 19th July, and will join the team in the making and using of a replica bow found at the internationally renowned Mesolithic site of  Star Carr in North Yorkshire. Over the past few years he has advised the Star Carr project team on aspects of bushcraft related to the Mesolithic period. 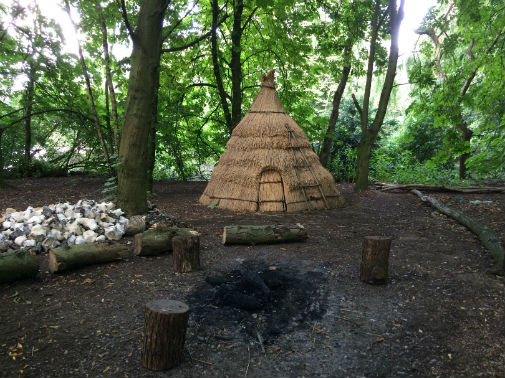 The new addition to the outdoor lab - a traditional hut. ‌

Dr Aimee Little, Director of the YEAR Centre at the University of York’s Department of Archaeology, said: “Research at the Centre covers many archaeological periods, but in particular European prehistory.  We look at questions surrounding how objects were made and used, as well as the study of prehistoric art, technologies and processes such as the production of pigments and ancient adhesives.

“We have found that this type of outdoor working, which encourages experiential learning, not only improves our knowledge of how past societies used to live, but also has a really positive impact on the way in which students engage with each other and the curriculum which is helping them progress their research into future careers.

“We are looking forward to working with Ray Mears at the official opening of the Centre.” 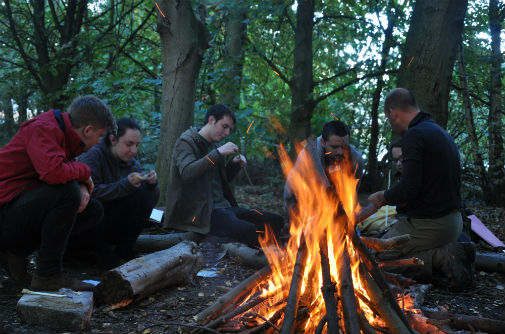 Students can recreate tools of the past

The Centre’s close proximity to the state-of-the-art PalaeoHub and BioArch Laboratories allows integration between experimental and biomolecular archaeological research, with researchers first carrying out experiments at the outdoor Centre, and biomolecular and microscopic analysis then undertaken at the ‘indoor’ laboratories.

Artefacts that have been recreated at the YEAR Centre include a Neolithic antler pick from Melton, Yorkshire, which were found in large quantities at Stonehenge, and thought to have been used for digging ditches or pits, and quarrying.

Students were given the challenge of working with curators and educators from York Archaeological Trust in order to better understand the manufacture and function of the artefact using experimental archaeology approaches in the outdoor lab.

Other work includes a significant breakthrough in how hunter-gatherers made iconic headdresses 11,000 years ago. Researchers used flint blades, hammer-stones and burning techniques to fashion reproductions of shamanic headdresses made from red deer crania, which were discovered during excavations at Star Carr.  The headdresses were probably worn by shamans as part of hunting rituals.

Ray Mears is most recognised as an authority on the subject of Bushcraft and Survival and presenting several popular television series, including World of Survival, Real Heroes, and Wild Britain.

He established Britain’s first School of Wilderness Bushcraft, which aimed to provide others with the opportunity to step beyond survival training and master the skills of traditional wilderness travel. He not only teaches the public but trains military personnel.