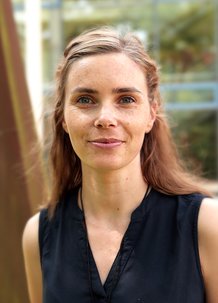 Dr Hendy, Lecturer in Palaeoproteomics at the University’s Department of Archaeology, was awarded the Leverhulme prize to fund her research into how the molecular analysis of artefacts can reveal insights into how humans utilised their past environments, their prehistoric economies and their culinary practices across the past 10,000 years.

By analysing food proteins found on archaeological artefacts and human remains, Dr Hendy’s interdisciplinary work, drawing on techniques from archaeology, chemistry and biology, will help to understand ancient foods and cuisines. The research will also feature a focus on how best to identify these valuable ancient food molecules, while minimising damage to valuable archaeological artefacts.

Speaking of her award, Dr Hendy expressed her delight: “I am honoured to be awarded a Philip Leverhulme Prize. This award will enable us to explore how to best utilise ancient biomolecules for understanding the past whilst reducing damage to irreplaceable archaeological artefacts.”

Commemorating the contribution to the Trust’s work made by Philip Leverhulme, grandson of Trust founder William Lever, First Viscount Leverhulme, the prizes have been awarded by the Leverhulme Trust annually since 2001 to recognise the achievement of internationally recognised researchers with promising future careers.

Dr Hendy was one of five researchers to receive the award for Archaeology, alongside researchers in Chemistry, Economics, Engineering, Geography and Languages and Literatures.

Find out more about the Leverhulme Trust