Precious blue pigment preserved in the dental plaque of an 11th-century woman has revealed the earliest evidence that medieval women may have been the artists behind some of Europe’s most richly illustrated books.

As rare and expensive as gold in medieval Europe, scientists discovered the pigment trapped in the teeth of a female skeleton buried within the grounds of a monastery, which was once home to a community of nuns, but now stands in ruins at Dalheim in Germany.

The discovery, made by researchers from the University of York and the Max Planck Institute for the Science of Human History, adds to a growing body of evidence that nuns in medieval Europe were not only literate but also involved in the production of books.

Ultramarine pigment is made from the precious stone lapis lazuli, which was only mined in Afghanistan in the medieval period. The pigment was used in paintings and to decorate illustrations in luxury books of the highest quality, only the most skilled scribes and painters would have been entrusted with its use.

The researchers suggest that the pigments may have gotten into the woman’s mouth as she repeatedly licked her brush into a fine point in order to paint intricate detail on manuscripts – a technique referred to in contemporary artist manuals.

The findings challenge widespread assumptions that monks were the primary producers of books throughout the Middle Ages.

With all of the surviving manuscripts produced at the monastery consumed by flames in a fire which ravaged the building in the 14th century, the study also represents the sole surviving evidence of female scribal activity at the site. 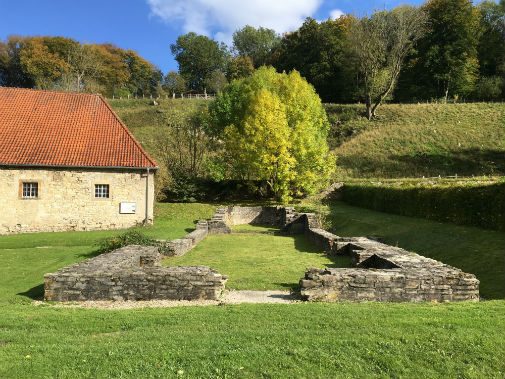 The researchers also explored alternative explanations for how the pigment may have ended up in the woman’s dental plaque, including:

First author of the study, Dr Anita Radini, from the Department of Archaeology at the University of York, said: “Early scribes and illuminators are largely anonymous and invisible because before the 15th century they rarely signed their work.

“In Germany, women’s monastic communities were made up of noble or aristocratic women, many of whom were highly educated. These women would have lived lives free from hard labour and our skeleton fits this profile as it belonged to a middle-aged woman and showed no sign of occupational stress.”

Inspection of the women’s teeth revealed more than 100 particles of deep blue colour, encased within fragments of her dental calculus. 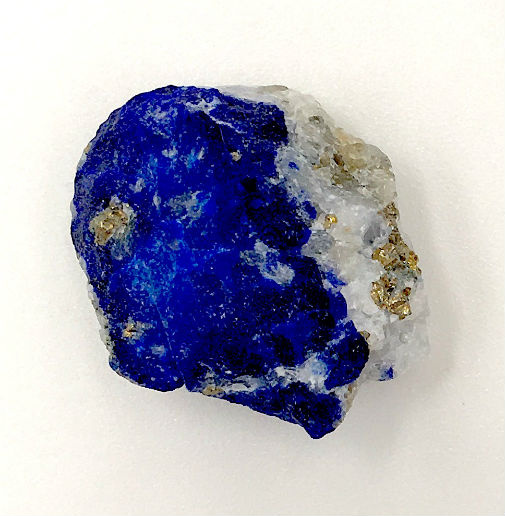 From its source in the Badakhshan mines of Afghanistan, the lapis lazuli analyzed in this study travelled more than 6,000 kilometers to reach its final destination at a small women’s religious community in Dalheim, Germany. Photo credit: Shelly O’Reilly

To identify this vibrant blue pigment trapped in the woman’s plaque, physicists and archaeologists at the University of York used a range of light and electron microscopy techniques as well as spectroscopy, including a technique called Raman Spectroscopy.

Co-author of the study, Dr Roland Kröger, from the Department of Physics at the University of York, said: “Raman Spectroscopy is a powerful non-destructive tool for characterising mineral pigments and other materials with high precision. Using the scattering of laser light it revealed the crystal structure of Lazurite, the bright blue component of Lapis Lazuli, and the presence of further mineral particles that might be used in the future to learn more details about the geographical origin of the Lapis Lazuli.

“The distance over which the pigment travelled to be found in this skeleton in Germany shows the scale and global nature of the medieval trade in colours.

“Using this method to examine dental calculus offers an unprecedented level of insight into the lifestyles and working conditions of our ancestors and has prevented this woman’s involvement in the creation of manuscripts from being erased from history. It offers great promise for illuminating the lives of countless other women who quietly and anonymously produced many of the books of medieval Europe."