Digging Up Britain's Past 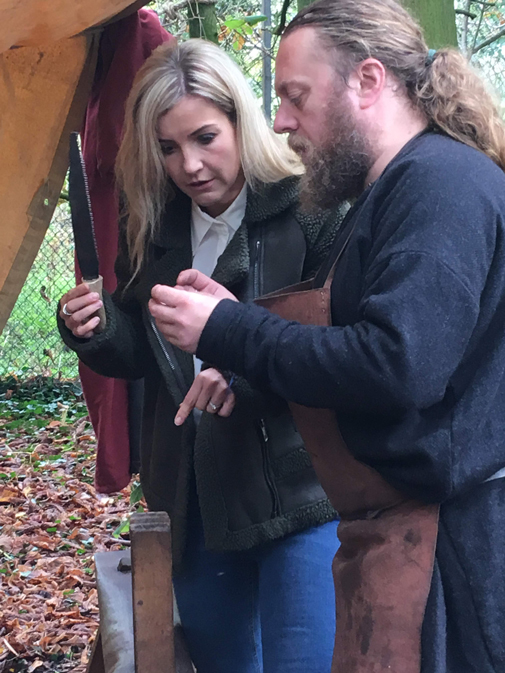 This weekend sees the launch of a new archaeological documentary series on Channel 5, Digging Up Britain's Past. Presented by Helen Skelton and Alex Langlands, the series looks at the archaeology of different periods, each week focused around a particular excavation. The opening episode is entitled Viking Invasion, and centres on ongoing excavations at Lindisfarne, as well as featuring visits to the Isle of Man, Portmahomack (originally one of our undergraduate excavations), and York itself. Steve Ashby and MA student Jim Glazzard are featured, looking at Viking-Age craft and technology at our own YEAR Centre.
The first episode airs on Saturday 5th January 2019 at 8pm, Channel 5. Keep an eye on the series; you are likely to see more familiar faces in future weeks....
https://www.channel5.com/show/digging-up-britains-past/