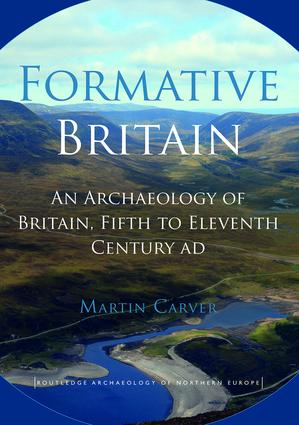 Formative Britain presents an account of the peoples occupying the island of Britain between 400 and 1100 AD, whose ideas continue to set the political agenda today. Forty years of new archaeological research has laid bare a hive of diverse and disputatious communities of Picts, Scots, Welsh, Cumbrian and Cornish Britons, Northumbrians, Angles and Saxons, who expressed their views of this world and the next in a thousand sites and monuments.

This highly illustrated volume is the first book that attempts to describe the experience of all levels of society over the whole island using archaeology alone. The story is drawn from the clothes, faces and biology of men and women, the images that survive in their poetry, the places they lived, the work they did, the ingenious celebrations of their graves and burial grounds, their decorated stone monuments and their diverse messages.

This ground-breaking account is aimed at students and archaeological researchers at all levels in the academic and commercial sectors. It will also inform relevant stakeholders and general readers alike of how the islands of Britain developed in the early medieval period. Many of the ideas forged in Britain’s formative years underpin those of today as the UK seeks to find a consensus programme for its future.