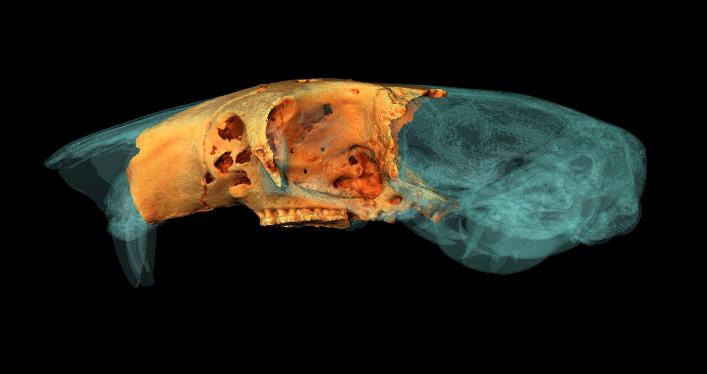 A York PhD student has won a prestigious award for his work reconstructing the skull of a giant rodent.

Jesse Hennekam, from the Centre for Anatomical and Human Sciences at the Hull York Medical School, created a digital reconstruction of the skull of a gigantic dormouse (Leithia melitensis), which roamed on the island of Sicily during the Pleistocene, roughly 2 million years ago. Being roughly the size of a domestic cat, it is the largest dormouse species ever to have been found.

Jesse says: "Unfortunately only a few broken skulls are available, making it difficult to investigate this animal accurately. Currently, there are other species of dormice present on Sicily. These dormice are bigger than the ones on the mainland, but still much smaller than the gigantic dormouse from the Pleistocene. A modern Sicilian dormouse skull was used to fill in the missing parts of the broken fossil, creating an image that could resemble the skull shape of the extinct giant."