To coincide with the 30th anniversary of the fall of the Berlin Wall, a new exhibit has gone on display at the Stiftung Berliner Mauer on Bernauer Strasse, Berlin. 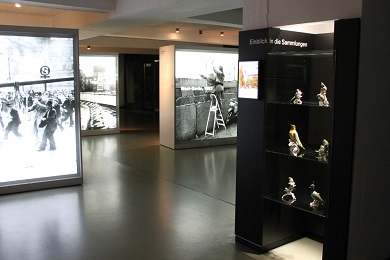 The exhibit, donated to the museum by Professor John Schofield, comprises part of a larger collection of Karl Ens birds (porcelain, from the factory in what was East Germany) which his mother bought from a shop in East Berlin over the two years they lived in West Berlin, from 1971 to 1973.

The collection stands in a new case at the entrance to the museum, and is the first thing visitors see as they enter. The birds represent: freedom, a metaphor for movement at a time when residents of East Berlin were prevented from entering the West; unification, in that the birds chosen for display were a common sight either side of the border; and colour, for a history that is often presented only in black-and-white. 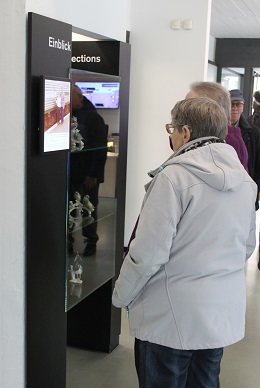 The accompanying iPad tells the story of the birds' 'migration' east to west through the Wall (to the family home on RAF Gatow) via Checkpoint Charlie, then to the UK and finally back to a unified Berlin some 46 years after they left. The collection also positions John's experiences of growing up in a divided city.

John's interests in Berlin have persisted for almost fifty years, regularly returning to the city. His recent research has included studies of Berlin techno and how this emerged out of the city's reunification, and The Teufelsberg, the signals and intelligence gathering site where his father commanded the British operation from 1971 to 1973.

The Museum on Bernauer Strasse is free to enter and open at all regular times.

John's connections with Berlin, and the story of the birds, feature in an essay in the latest (15 October 2019) issue of the popular German science magazine Die Zeit Wissen, and in an associated podcast.

More information on the memorial project can be found on the Berlin Wall Foundation website.