Two volumes on the excavations are available 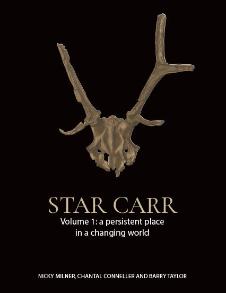 The results of excavations at an an important Mesolithic site have been published.

Star Carr, located in the Vale of Pickering, was excavated by a team of archaeologists from York, Manchester and Chester from 2003-2015, and published as two volumes by the White Rose Press.

Star Carr is one of the most important Mesolithic sites in Europe. Discovered in the late 1940s by John Moore, and then excavated by Grahame Clark from 1949-1951, it became famous in the archaeological world for the wealth of rare organic remains uncovered including barbed antler points and antler headdresses. However, since the original excavations there has been much debate about how the site was used: was it a residential base camp, a hunting camp or even a ritual site?

Excavations directed by Nicky Milner, Chantal Conneller and Barry Taylor aimed to answer these questions. This work demonstrated that the site is much larger and more complex than ever imagined and was in use for around 800 years. Mesolithic groups were highly invested in this place: there is evidence for a number of structures on the dryland (the oldest evidence for "houses" in Britain), three large wooden platforms along the edge of the lake, and the deposition of rare artefacts into the lake edge, including more antler headdresses and a unique, engraved shale pendant. People continued to occupy the site despite changes in climate over this period.

The monographs are avaialble for download, or in hard copy from the White Rose Press.