Artwork sketched on the walls of the Sex Pistols’ London home has gone on display in York. 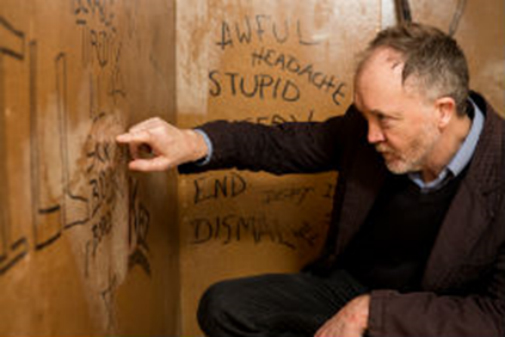 An exhibition of the images will be officially launched on 2 February to coincide with the 40th anniversary of the break-up of the influential punk band, in January 1978, while on tour in the US.

The display features a series of photographs of the artworks, drawn by lead-singer Johnny Rotten on the walls of their 1975 London home, 6 Denmark Street.

The drawings, which were discovered under the wallpaper of the house, depict the band members, their manager and other Pistols’ associates at the time when the band was recording and rehearsing for their first album – a record that kicked off the worldwide punk phenomenon.

Curator of the exhibition, Professor John Schofield from the Department of Archaeology at the University of York, said: “The Sex Pistols were and are a hugely influential band and these images convey part of what was going in behind the scenes in their formative year. They are a fascinating insight into one of Britain’s most notorious and energetic bands.”

In 2011, alongside Dr Paul Graves-Brown, now a Research Associate at York, Professor Schofield carried out a detailed analysis of the artwork and the cultural significance of 6 Denmark Street. The study informed the Department for Culture, Media and Sport’s decision to award the building Grade II listed status.

The exhibition will be on display at Forty-Five Vinyl Café, 29 Mickelgate, and launches on Friday 2 February at 7.30 pm. The event will feature a talk by Professor Schofield followed by a DJ Punk and Country set to mark the 40th Anniversary of The Sex Pistols' final show at the Winterland Ballroom in San Francisco.