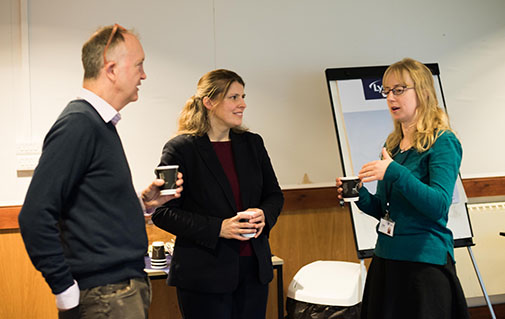 Dr Robyn Inglis, a postdoc from the Department of Archaeology shadowed Ms Rachael Maskell at the House of Commons for a week in Westminster as part of the Royal Society Pairing Scheme. The week (04 – 07 December) was part of this unique pairing scheme run by the Royal Society – the UK’s national academy of science, with support from the Government Science & Engineering (GSE) profession.

As well as attending seminars and panel discussions about how evidence is used in policy making, Inglis also attended a mock Select Committee. The visit provided Inglis with a behind the scenes insight into how policy is formed and how her research can be used to make evidence based decisions.

In the resulting exchange, York Inner MP Rachael Maskell visited the Department of Archaeology at the King's Manor where she received a tour of the facilities and discussed research and policy with several members of the department.