On the Hunt for the DNA of the Mexican Hairless Dog

New publication! York's Aurélie Manin is looking for archaeological evidence of the Xoloitzcuintle, a breed characterised by a sparse hair coat and a severe lack of teeth 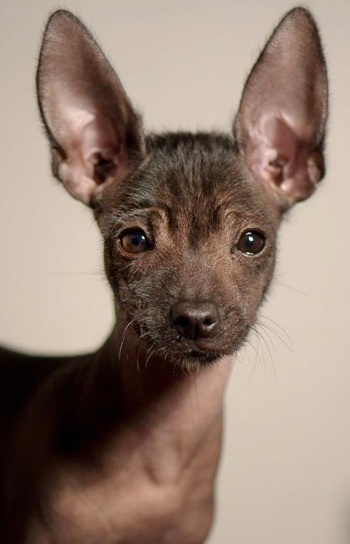 Together with a team of scientists from Mexico and France, Dr Aurélie Manin, Marie Skłodowska-Curie Fellow in BioArCh published a paper, "Can we identify the Mexican hairless dog in the archaeological record? Morphological and genetic insights from Tizayuca, Basin of Mexico" in the Journal of Archaeological Science.

The Mexican Hairless dog, or Xoloitzcuintle, is a breed characterised by a sparse hair coat and a severe oligodontia. This phenotype is a consequence of Canine Ectodermal Dysplasia (CED) caused by a genetic mutation known as FoxI3. First accounts of hairless dogs in Mexico are dated to the 16th century CE, according to the historical record, but pre-Hispanic dog skeletons presenting missing and abnormally shaped teeth have been interpreted as earlier evidence of hairless dogs.

The archaeologists studied the mitochondrial DNA from the remains of eight ancient Mexican dogs, from between 1620 and 370 years BP. All of these dog exhibited dental anomalies usually associated with Canine Ectodermal Dysplasia, an indicator of the Xoloitzcuintle, or Mexican Hairless breed. While the attempt to identify FoxI3 was unsuccessful, the research revealed that Mexican dogs display a high genetic diversity and continuity for ca. 1000 years.

Can we identify the Mexican hairless dog in the archaeological record? Morphological and genetic insights from Tizayuca, Basin of Mexico