In Search of the Viking Great Army: beyond the winter camps

The latest edition of the journal Medieval Settlement Research features a new paper by Prof. Dawn Hadley and Prof. Julian Richards on the Viking Great Army, which raided England in the 860s and 870s. This follows their ground-breaking publication in the Antiquaries Journal on the Army’s winter camp at Torksey (Lincolnshire), which demonstrated that the early medieval assemblage – of over 1500 artefacts – was largely deposited in a single episode, over the winter of 872-3.

Places visited by the Viking Great Army in Eastern England

In their new paper they reveal that the evidence from Torksey, and a similar, if smaller, assemblage recovered from another camp at Aldwark (North Yorkshire), together provide an artefactual ‘signature’ for the activities of the Great Army, and its offshoots. In their new paper they have sought traces of that signature beyond the winter camps, identifying over 30 additional places where it may now be seen. Some lie in the vicinity of former Anglo-Saxon estate centres, royal residences, and major churches. Many are at strategic locations, along the primary communications routes formed by Roman roads and ancient trackways, or on major rivers, including several at key crossing points. 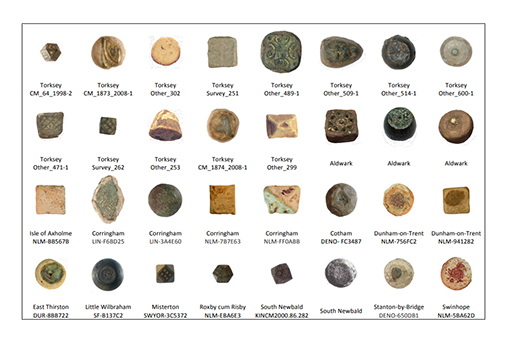 Professors Hadley and Richards will be talking about their new work at the winter seminar of the Medieval Settlement Research Group on Saturday 8th December at the University of Leicester.

For details of the seminar, visit https://medieval-settlement.com/danelaw/