In Life and Death: Archaeological Excavations at the Queen's Chapel of the Savoy, London 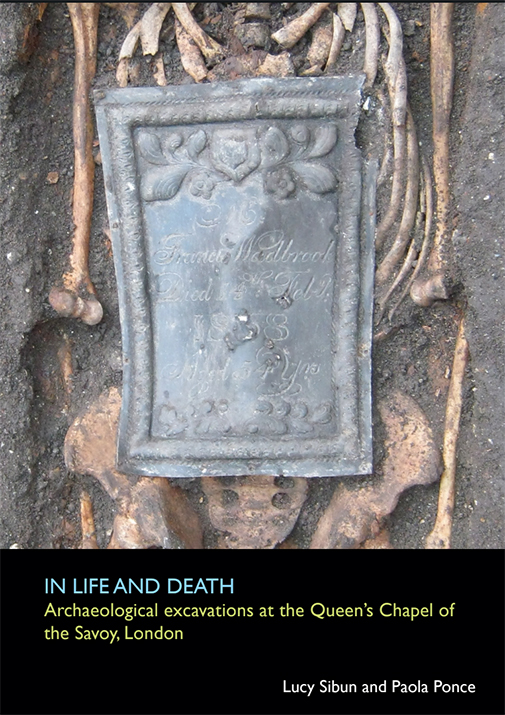 The book summarises the archaeological excavations carried out in 2011 by Archaeology South-East within the burial ground of the Queen's Chapel of the Savoy, City of Westminster, London. The site part of King Henry VII’s 16th-century hospital for the poor, which was converted into a military in the 17th-century, the barracks and prison of the Foot Guards in the 18th-century and redeveloped for civilian use in the 19th century. The associated burial ground was utilised throughout the life of the buildings and beyond, until the final burial in 1854.

The excavation unearthed 609 human remains believed to relate to the later stages of the burial ground’s use by the barracks and prison, as well as by the 19th-century civilian population. The buried population was dominated by younger males, and osteological analysis revealed a range of diseases typical of post-medieval London and afflictions consistent with a military lifestyle.

The survival of associated historical records greatly enhanced the archaeological results, enabling the comparison between the osteologically and historically recorded populations as well as the identification of individuals. Additional historical records provided insight into the general functioning and lifestyle of the hospitals and military institutions and some of the individuals associated with them.

The book contains a chapter by Michelle Alexander who carried out the isotopic analysis of the excavated skeletons.