Revising the history of world’s most important food crop

Researchers have traced the genetic lineage of the maize plant and discovered it was most likely brought to South America from Mexico more than 6,500 years ago. 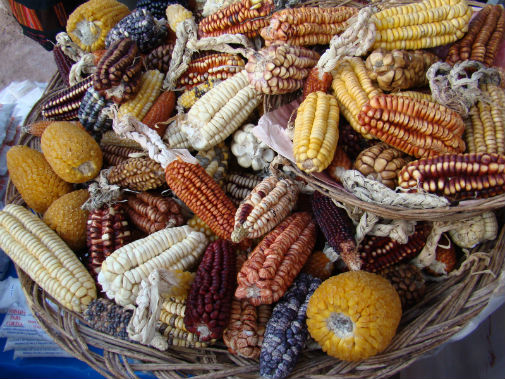 It was previously thought that there was a single maize domestication event in Mexico and that people then spread it further south after domestication had taken place.

New research, however, has now shown that the final stages of maize’s domestication happened more than once in more than one place.

Genome analysis of 11 ancient plants helped researchers map out the genetic relationships between plants from different regions, which led to the discovery that the plants had several distinct lineages, with varying degrees of similarity to their shared ancestor, teosinte.

Dr Nathan Wales from the University of York’s Department of Archaeology, said: “Archaeologists have long wondered how maize could have been introduced to South America so soon after people started domesticating it in Mexico.

“Even though modern maize in South America is highly diverse, we now know ancient maize was even more so, and many of the key domestication traits were still undergoing selection in the region for thousands of years.

“Our study really highlights the importance of bringing together different types of data. By combing linguistic information, archaeological finds, and both modern and ancient DNA, we were able to infer that maize was taken from Mexico to South America when the domestication process was still underway."

The research, a collaboration between several institutions including the Universities of York, Warwick and the Smithsonian National Museum of Natural History, showed that maize did not form the crop as it is known today until it left Mexico part-way through its domestication.

A proto-corn in the midst of becoming domesticated appears to have reached South America at least twice, the research showed.

By 6,500 years ago, the partially domesticated plant had arrived in a region of the southwest Amazon that was already a domestication hotspot, where people were growing rice, cassava and other crops.

The plant was likely adopted as part of the local agriculture and continued to evolve under human influence until, thousands of years later, it became a fully domesticated crop.

From there, domesticated maize moved eastward as part of an overall expansion and intensification of agriculture that archaeologists have noted in the region. By around 4,000 years ago maize had spread widely through the South American lowlands.

Genetic and archaeological evidence also align to suggest that maize cultivation expanded eastward a second time, from the foothills of the Andes toward the Atlantic, about 1,000 years ago.

Logan Kistler, curator of archaeogenomics and archaeobotany at the Smithsonian’s National Museum of Natural History, said: “The study deepens our understanding of the long, shared history between humans and maize, which is critical for managing our fragile relationships with the plants that feed us.

”It’s the long-term evolutionary history of domesticated plants that make them fit for the human environment today. Understanding that history gives us tools for assessing the future of corn as we continue to drastically reshape our global environment and increase our agricultural demands on land around the globe.”

The research is published in the journal Science and funded by the Natural Environment Research Council (NERC).