Protein analysis of the parchment manuscript of the Declaration of Independence housed in the West Sussex Record Office has supported the hypothesis that the document was produced in the 1780s. 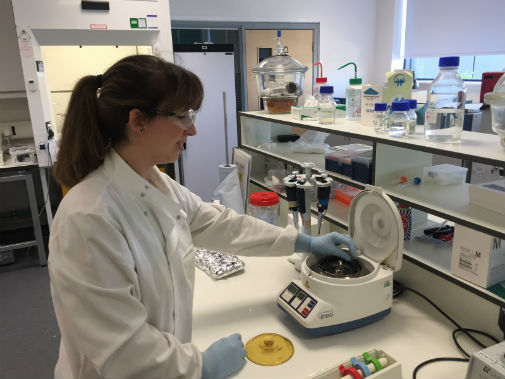 The Sussex Declaration, as it has become known, is the only other contemporary manuscript copy of the Declaration of Independence on parchment apart from the signed copy at the National Archives in Washington, D.C., known as the Matlack Declaration.

There are other printed parchment copies and other handwritten copies on paper but the Sussex Declaration and the Matlack Declaration, are the only two ceremonial parchment manuscript copies.

Detailed scientific tests and analysis, carried out by conservation scientists at the University of York, Harvard University, British Library, and the Library of Congress including multi-spectral imaging, X-ray fluorescence, and protein testing.

Researchers at the University of York used a 'peptide mass fingerprinting' technique to help discriminate between the different species of animal used to make the parchment. Typically sheepskin was used to produce legal documents in England, but there is evidence of calfskin being used for important charters.

Dr Sarah Fiddyment, from the University's Department of Archaeology, said: "Using a non-invasive sampling technique that we developed using pvc erasers, conservators were able to dry sample the document and send us the eraser crumbs which we analysed in our lab.

"We were able to identify the species of animal used to make the parchment, which in this case was sheepskin. Sheepskin was certainly the parchment of choice for legal documents, so this result is not unexpected.

"It is however, perhaps surprising that calfskin wasn't used, because this was considered higher quality and more prestigious.  For such an important document it is interesting that was not chosen."

Imaging revealed a date beneath an erasure on the document. The date reads either “July 4, 178” or “July 4, 179”. It is impossible to say whether there was originally a fourth digit in the year.

Analysis of the ink shows that this lettering together with the final lettering and corrections were all written in a relatively short window of time. X-ray fluorescence analysis showed that the parchment was hung up using iron nails at some point.

The parchment was believed to have been held originally by the Third Duke of Richmond, known as the “Radical Duke” for his support of the Americans during the Revolution. The team is continuing to work on the question of when and how the parchment came to be in the UK.

Wendy Walker, West Sussex County Archivist, said: “It is a fascinating document and it has been fantastic for us to work with colleagues at Harvard, the Library of Congress, the British Library and the University of York to find out more about the story that surrounds it.”