Researchers make a first-time discovery for the period and region. 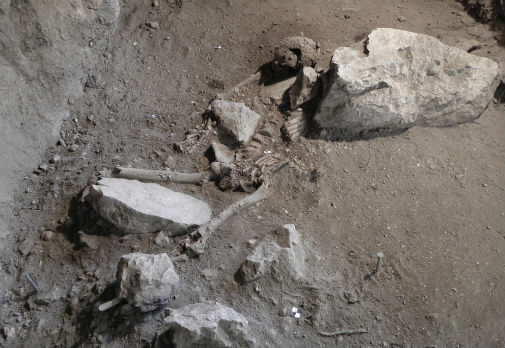 The male, who was between 30 and 40 years-of-age, was buried in a cave

Analysis of the skeletal remains of a Mesolithic man found in a cave on a Croatian island has revealed microscopic fish and plant remains in the dental plaque of a tooth. Previous analysis of Mesolithic skeletal remains in this region has suggested a more varied Meditteranean diet consisting of terrestrial, freshwater and marine food resources, not too dissimilar to what modern humans eat today.

Although this recent find is the only example of a skeleton that provides evidence of both fish and plants in the diet of early people in this region, the researchers argue that the discovery provides a significant insight into the lifestyle of Adriatic and Mediterranean foragers. 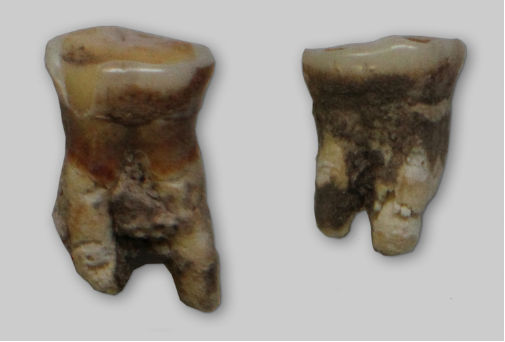 Analysis also showed microfossils of plants in the dental calculus, which has not been identified in skeletal remains in this part of the Mediterranean before. The researchers point out that finding both ancient plant and fish deposits in the teeth further demonstrates the value of dental remains in the understanding of human evolution.

Dr Harry Robson, from the University of York’s Department of Archaeology, said: “Whilst fishing during the Mesolithic period has been demonstrated by fish remains as well as fishing related technologies in the past, here, for the first time we have direct evidence that humans consumed these resources, or used their teeth for de-scaling activities, which is very unique.

“The skeleton, which has been dated to the late eighth millennium BC, is also significant in terms of its bone chemistry. Using carbon and nitrogen stable isotope analysis we were able to demonstrate that marine resources were a major component of the diet of this individual over a sustained period of time.”

The team were unable to identify the fish scales, although they are thought to be very similar to tuna, mackerel, and gilthead sea bream.

Despite the lack of a grave, the male who was between 30 and 40 years-of-age, was probably purposefully buried there. Although long-term consumption of marine resources is a rare find for this period and region, dental analysis of more skeletal finds could help reveal if it was common to early human diets.

Lead researcher, Professor Emanuela Cristiani, from Sapienza University of Rome, said: “This is an exciting, but surprising finding. We only have three skeletal remains from this period that demonstrate the long-term consumption of marine-resources, so when you can identify microfossils of this kind, it can provide a great leap forward in our understanding.

“Our data provides a novel perspective on forager diet in the Mediterranean region by revealing the role of marine organisms during the Mesolithic.

“The recovery of starch granules from two wild grass groups in the dental calculus of the analysed individual, suggests that energy-rich plants were a part of the Holocene forager dietary habits in the region.”

The study, published in Scientific Reports, was conducted as part of the European Research Council (ERC) Starting Grant project HIDDEN FOODS focusing on the exploitation of plant foods in ancient forager societies of Italy and the Balkans.