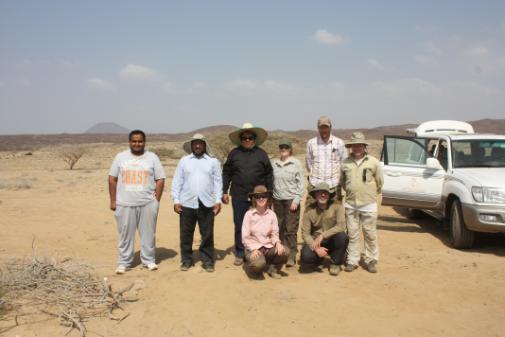 Researchers on York’s SURFACE project have been awarded a £97,000 NERC Isotope Facility Grant to carry out U-series and 39Argon/40Argon dating of the landscape around the Palaeolithic site of Wadi Dabsa, southwest Saudi Arabia.

Discovered in 2015 as part of the York’s ERC-funded DISPERSE project, and systematically investigated in 2017 by an interdisciplinary team lead by grant co-investigator Dr Robyn Inglis (Marie Sklodowska-Curie Fellow, Department of Archaeology) and collaborator Prof. Anthony Sinclair (University of Liverpool), the assemblage of stone tools at Wadi Dabsa is one of the richest found to date in SW Saudi Arabia. The locality has yielded over 3,000 Early and Middle Stone Age basalt tools deposited by Homo erectus and Homo sapiens populations, some of which could be up to 1.5 million years old. Situated in the Harrat Al Birk volcanic fields, the assemblage is associated with extensive tufa carbonate deposits, formed during periods of wetter conditions in the region, making the area potentially particularly attractive to hominin populations. 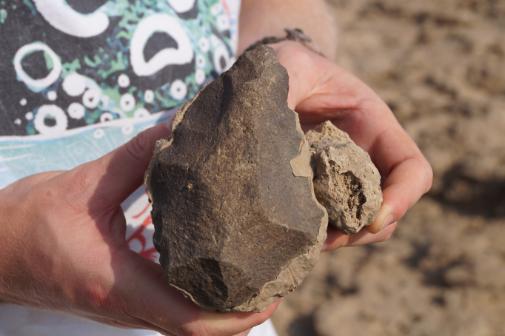 The grant, headed by Dr Abi Stone (University of Manchester) with Dr Dan Barfod (SUERC) will date the evolution of the landscape around the Wadi Dabsa locality using the tufa and basalt lava flows, thus providing a rare chronological and environmental marker for early occupation of the Arabian Peninsula, a key region in understanding the dispersals of hominins out of Africa.

More about Wadi Dabsa and the SURFACE project can be found at: https://surfaceproject.wordpress.com/