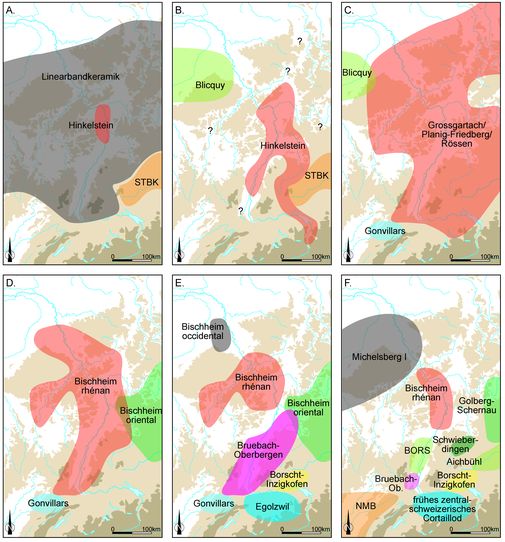 Archaeology lecturer Penny Bickle has published a paper in the Journal of Archaeological Method and Theory examining the pace and tempo of change and the relative importance of continuity and discontinuity in the Lower Alsace region.

With colleagues from France, Germany and New Zealand, and led by Cardiff University and Historic England, 1000 years of Neolithic ceramic chronology from the Upper Rhineland were re-dated, revealing the speed of change at the scale of human generations for the first time. The rate and pace of change is now shown to have varied across the 6th and 5th millenniums BC.

There were also some surprises. A gap in activity of over a century at the start of the 5th millennium is now firmly established and previous assumptions about the duration of cultural groups have been overturned. For example, one cultural group, named the Grossgartach, was thought to last 250-300 years and has now been demonstrated to have only had a duration of about a century or 3-4 generations. 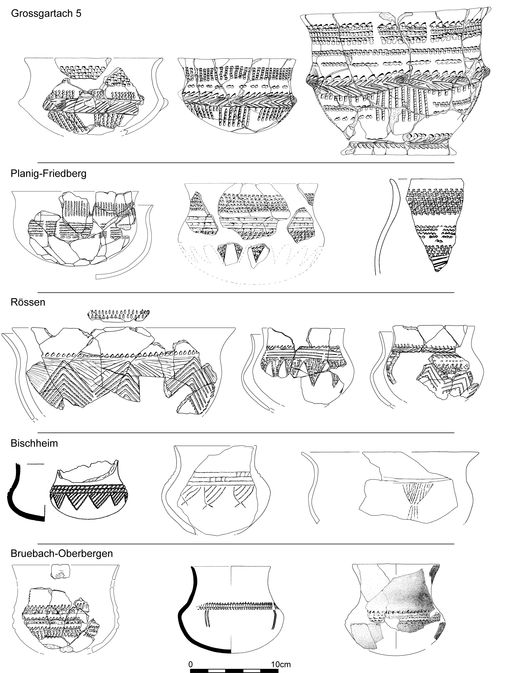 Typical pottery decoration belonging to the Grossgartach, Planig-Friedberg and Rössen phases of the Middle Neolithic seriation for Lower Alsace and Bischheim and Bruebach-Oberbergen phases
The paper is part of an EU-funded project, rolling out the Bayesian approach to understanding chronology throughout Neolithic Europe. This project is overturning assumptions made about the Neolithic as period of steady growth and expansion.

Visit The Times Of Their Lives project website: http://totl.eu/