The postgraduates created documentary films on their experimental research 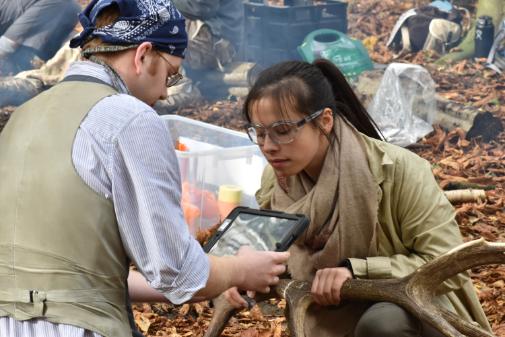 This year they were given a challenging remit—to produce a documentary on the making and meaning of antler picks, many of which have been found in Neolithic ditches, including at Stonehenge. After spending a day at YAT, analysing a Neolithic antler pick from Melton Quarry, students worked in pairs at the YEAR (York Experimental Archaeological Research) Centre.

They were given the further challenge of producing a short documentary on their experimental research which needed to be accessible to Key Stage 3 primary age students. Three winning films were then selected by YAT for their local, national and global education programs. The two MA Experimental Archaeology Design and Practice students in this film are Mai-Ly Debreuil and Samuel Whittaker.