Served as Visiting Professor at the Danish Centre for Manorial Studies, funded by the Danish Ministry of Culture 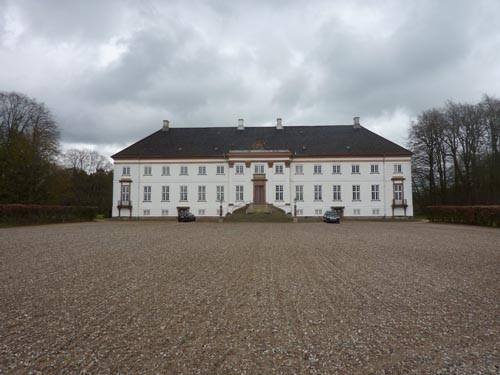 Jonathan Finch has just returned from his second stint as Visiting Professor at the Danish Centre for Manorial Studies (Dansk Center for Herregårdsforskning) at Gammel Estrup, funded by a grant from the Danish Ministry of Culture.

The centre is a collaboration between Gammel Estrup – The Manor Museum, the National Museum of Denmark, Aarhus University and the Aarhus School of Architecture, and researches country houses, their landscapes and collections.

During his stay Jon put together an ITN network grant to the EU, gave a lecture at Aarhus University, and another as part of the annual Danish Science Festival at the museum. He also visited a number of houses and excavations in the region. His visits cement the relationship between York and Gammel Estrup at the core of a new European Network for Country House and Estate Research (ENCOUNTER), which held an international conference at the King’s Manor in September. Jon is currently editing a monograph on estate landscapes in Northern Europe.