War and Art: A Visual History of Modern Conflict

Head of Department of Archaeology publishes chapter in new volume 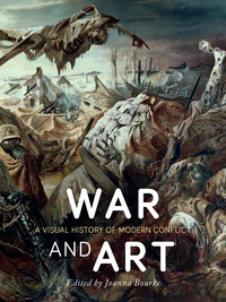 John Schofield has a chapter in a new collection of essays compiled and edited by renowned historian Professor Joanna Bourke.

The collection (War and Art: A Visual History of Modern Conflict - http://www.reaktionbooks.co.uk/display.asp?ISB=9781780238463&m=28&dc=993) is described by Sir Richard Evans, President of Wolfson College Cambridge as "essential reading for anyone interested in the visual representation of war in the nineteenth and twentieth centuries."

John's chapter, '"Visions of the Apocalyse", presents and considers the cultural significance of artworks made by soldiers and airmen, and now found at decommissioned and often abandoned military bases in the UK and elsewhere.