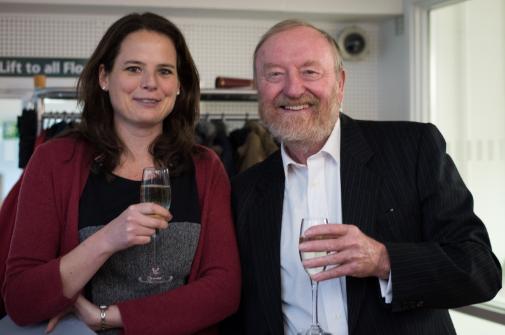 Dr Francis Pryor MBE has been awarded honoris causa Doctor of the University for his contributions to society through his long career. Dr Pryor, a distinguished archaeologist, is known to millions from his television appearances and a series of successful books.

After reading archaeology and anthropology at Trinity College, University of Cambridge, he began a series of major excavations (1971–78) at Fengate, on the outskirts of Peterborough, which revealed an extensive Bronze Age field system, as well as Neolithic and Iron Age settlements.

In 1982 he discovered the timbers of a Late Bronze Age timber causeway and religious complex at Flag Fen. Today, it has become one of the best known Bronze Age sites in Europe. He was awarded an MBE for services to tourism in 1999.

Dr Pryor has written numerous books. His most recent work is Home: A Time Traveller’s Tales from Britain’s Prehistory which charts the changing role of households and communities in shaping the destiny of people and their landscapes. A former president of the Council for British Archaeology, he was also a regular presence on the Channel 4 television series Time Team.