Don Henson spoke about the principles of public archaeology 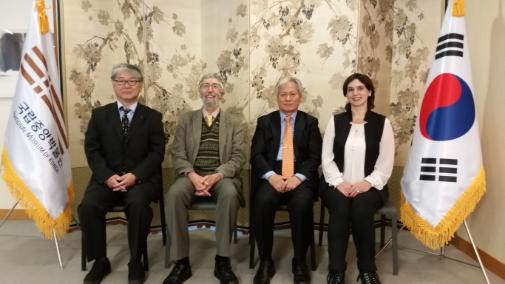 A York archaeologist has just returned from a visit to South Korea.

Don Henson was one of three international speakers invited to talk last week at a symposium in Seoul. The symposium was held to establish a new Association for Public Archaeology in Korea. This was the initiative of Prof. Kidong Bae, Director of the National Museum, who has been a lifelong promoter of public engagement with archaeology.

Don Henson spoke about the principles underlying public archaeology, illustrated with examples from the UK.